Girls start lining up for careers in engineering

Apprenticeships in engineering are being increasingly sought by women, according to a Bradford engineering training centre 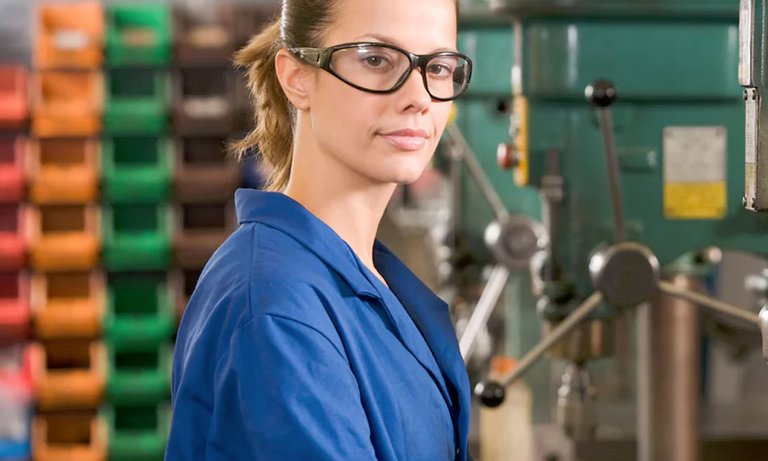 Despite many young women having doubts about their career paths, efforts over the last decade to encourage female students to study STEM subjects

Engineering training company Appris, which is based in Laisterdyke, trains apprentices from a variety of West Yorkshire and Bradford firms. Speaking about the latest changes, operations director Kenny Stoddart said the perception of the industry has altered dramatically. Engineering is no longer viewed as a ‘greasy rag’ job and is now starting to attract far more females seeking the good career prospects the industry offers.

Stoddart added that many organisations are recognising the growing demand for female apprentices and that more recruits are required.

Out of the 280 apprentices Appris currently has with local firms, there are 13 girls training in engineering roles. One of these local firms is Mansfield Pollard, an air cooling systems manufacturer, whose boss, Joanna Robinson, is hoping to recruit more girls into engineering positions.

Speaking about the growing interest, Stoddart went on to say that Appris is noticing a shift in the number of women interested in pursuing a career in engineering. More employers are providing apprenticeships for females, increasing the awareness of what the industry offers and what jobs are available. He added that this trend needs to continue, as it may help to overcome the industry’s potential skill shortages.

When the Leeds Training Trust and Bradford Training Association merged in 2011, Appris was formed and now operates from an industrial engineering centre opened in 2014.

Women working for local firms in apprentice positions gathered together to mark the recent National Women in Engineering Day. Former space engineer Sarah Tilbrook, who worked in a supermarket before she was recruited, helped to promote the event.

Bradford-based Yorkshire Water also took part in the event, providing free educational lessons at its Headingley water treatment plant. Aimed at those looking to pursue careers in maths, engineering, technology and science, the company showed female students what it has to offer.

Female employees at Yorkshire Water helped to advise the girls as to what career paths are available, with around 265 year six and seven girls involved in the event. They also got the chance to ask the apprentices and graduates present questions about the experience of working in operational roles. The tour involved looking at how the site helps to clean water to provide fresh drinking water to the local communities.

Yorkshire Water’s talent advisor, Shilpi Arora, said the day was about inspiring female students at the end of primary school and the beginning of secondary school to embark upon careers in maths, technology, science and engineering. She added that she hoped the session would encourage female students to give these roles more consideration.