The UK and Ireland offer the worst pay for time off sick across Europe, new research has shown 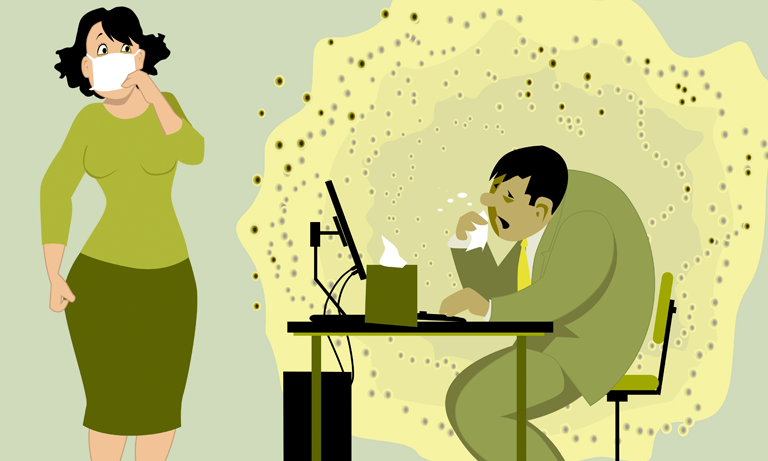 In fact, the amount of mandatory sick pay available to workers in the UK for a week of sick leave totals just £35.96 – and nothing at all in Ireland.

Through a combination of low sick pay and ‘waiting days’ – a period at the beginning of sick leave where nothing is paid – the UK and Ireland lag far below the rest of Europe, with the likes of Norway and Luxembourg paying out over £600 for a week of sick leave.

The research – ‘How Sick Leave Varies Across Europe’, curated and mapped by money-saving website vouchercloud – use the average annual wage of every country across the EU to calculate typical sick leave payments. The UK and Ireland, however, operate a basic minimum payment – £88.45 and £71.82 (€84.50) per week – leaving those without a workplace sick pay scheme with a major financial shortfall.

Even a month of sick leave doesn’t prove any more lucrative, as the UK and Ireland still lag at the bottom of the table. The UK actually pays out just 18%, and Ireland just 12%, of the average monthly wage (£305.71 and £201.11 respectively) – despite both having a typical monthly wage well above the European average.

There are even countries across Europe where the mandatory sick leave payment is 100% of the employees typical wage – Luxembourg, Germany, Austria, Belgium and Norway all pay out an employee’s wage in full for at least a month.

Eastern Europe as a whole is actually far more consistent with large and healthy sick leave payments according to the map – with Western Europe, despite tending to have higher wages and better quality of life in general, lagging behind.

Things are even better on the other side of the world – Australia pays out on 10 sick days per year which accumulate, guaranteeing you at least two working weeks’ worth of sick pay every year and £662 for a week of sick leave.

“Despite an increasing number of companies operating independent sick pay schemes, it’s disappointing that the UK is sitting right at the bottom of table for mandatory payments. Despite differences all across Europe in the number of waiting days and whether the government or the employer pays, there’s no excuse for things to be as bad as they are.

“This could leave many hard-working Brits in the lurch should they fall ill; even for a week or two. Sometimes missing just a couple of days can be the difference between a month in the black and a month in the red, after all”.

Despite this shortfall in sick pay, recent research has shown that UK workers actually take more sick-leave than their global counterparts, clocking up over 9 days of unscheduled absence each year.