Getting steamy in the stationary cupboard is high on Brit workers’ agendas, according to new study

ALMOST half of office workers fantasise about having sex with a colleague, according to new research 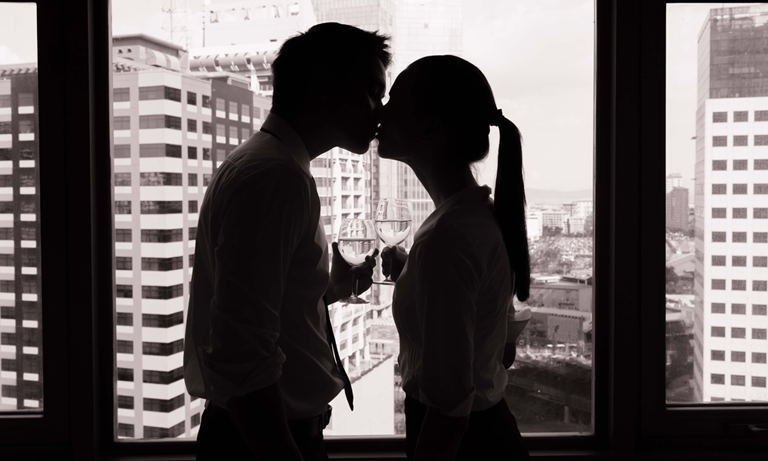 Of those, 11% fancy sleeping with their boss, while 42% want to canoodle with colleagues or clients.

The poll into office romances by Printerland.co.uk, showed that a quarter of staff have slipped under the sheets with a workmate – with a shocking 30% admitting to having an affair.

But it seems their rendezvous don’t go unnoticed, with 40% of workers suspecting their colleagues are in a relationship.

Drunken nights out and social media accounts are to blame for much of Brits’ lip-locking but most staff make advances during the brew run instead.

And while some staff are keen to show off their new beau, many try to sneak under the radar because they’re already romantically involved, according to the survey.

Only 68% of those who began an office relationship were single at the time – 12% were already dating, 16% were hitched, 2% engaged to be wed and 3% recently divorced.

A staggering 43% have kept a tryst hush-hush for fear of getting fired, while 38% confided in one fellow comrade or a select few.

Of the one in four respondents who have ended up dating someone they work with, 39% have gone on to tie the knot.

But for others, getting it on with a colleague is a mere pipedream, with 62% of men admitting to fantasising about a work relationship, compared to just 34% of women. However, blokes were also far more likely to keep their romance under wraps (48%) than their female counterparts (39%).

The survey also revealed that men are most likely to end the relationship as they didn’t like working with someone they were dating.

Workers in Sheffield are getting the most boudoir action, with 31% claiming to have slept with an aide, while Aberdonians are least likely to get lucky with a colleague.

“Working so many hours compared to our European friends, it’s unsurprising that so many people are getting together with colleagues. It’s nice to see so many of the nation’s secret office relationships have resulted in marriage!

“But remember if you do get involved with someone at work and the relationship ends badly, you may have to work with that person for a long time, which could lead to a whole host of problems.”

The average relationship between British work colleagues lasts 11 months, while nearly half survive 18 months or more.

In the USA, employers can ask that dating workers enter a ‘love contract’, in order to indemnify the company if the relationship fails and avoid a sexual harassment lawsuit being filed.