That said most of these jobs are in the lower paid sectors, such as retail, food services and accommodation 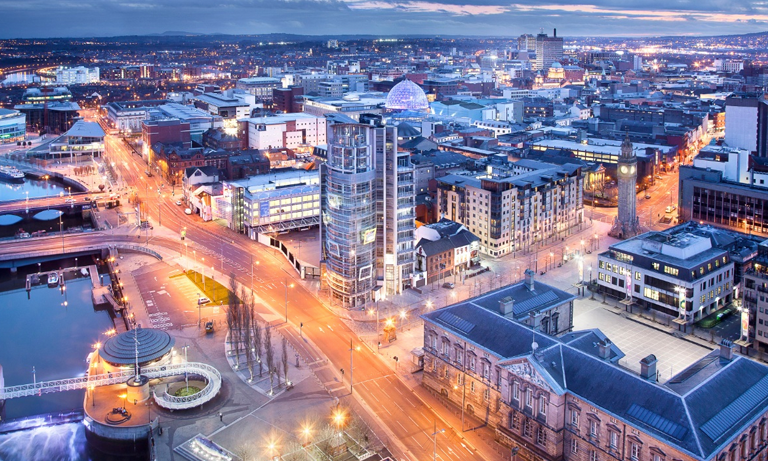 Average wages are higher in Belfast than the rest of Northern Ireland, at £565 pw

It appears that Northern Ireland is the place to be for job seekers, with the number of jobs in the private sector increasing by 13,900, particularly as companies are starting to find it harder to get the right talent for the jobs. That equates to a 2.6% rise over the last year.

That said, it’s not all great news, as most of these jobs are in the lower paid sectors, such as retail, food services and accommodation. Nonetheless, the employment rate in Northern Ireland is now at 70.3%. Although this is excellent news, it is still way below the whole UK rate of 75.8% ,so there is still much to do. These figures, based on working age adults in employment, show that Northern Ireland still has the lowest overall employment rate in the UK.

Unemployment rates in Northern Ireland have also fallen, and now only 3.8% of the population is claiming Jobseekers Allowance. That figure is lower than the UK figure as a whole, which is running at 4%. It is also lower than the figure for the Republic of Ireland, which is 5.3% and the EU as a whole, which is at 6.7%. Considering this is all happening at a time when there is so much uncertainty about Brexit, there are those who might say it is a very healthy position.

Although all of this is good news, things are still potentially turbulent. For one thing, the number of confirmed redundancies in the past year is double that in the previous year, rising from 1,712 to 2,575. What all this means in practice for employers is fewer available potential new staff and increased pay demands – there has been an increase in average weekly full-time earnings of 4.2% over the past year, bringing them up to £521, compared with the whole of UK average of £569.

Unsurprisingly, average wages are higher in Belfast than the rest of Northern Ireland, at £565pw. Compare this with places like the Galway Coast, where they fall to £431, the lowest in the whole of the North. Of course, the cost of living tends to be commensurately higher in Belfast, to balance this out.

Although the unemployment rate has fallen and total employment has increased, the number of job vacancies has also increased. The Federation of Small Business welcomes these improved figures, with some caution, however, as it feels that the government needs to continue to support the private sector, and ensure that budget provisions assist in growth.

There is no doubt that Brexit and a global downturn in trade are going to continue to cause speculation, as is the lack of the Northern Ireland Executive. No-one really knows which way things will turn out, but for now, things are looking good.