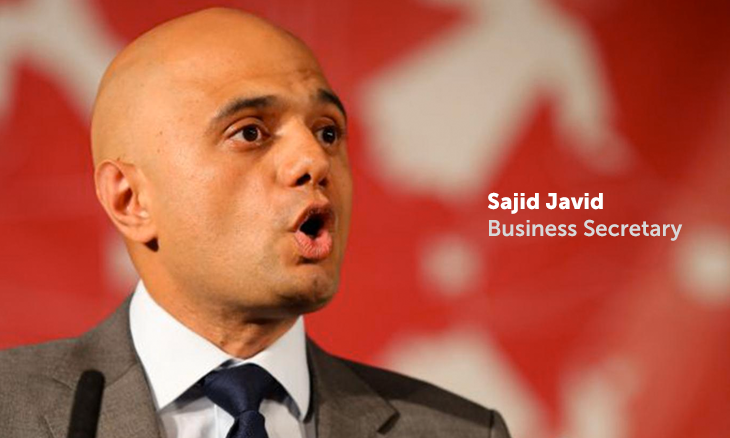 News from the Department for Business, Innovation & Skills

An ambitious plan to make the Midlands an engine of growth will be unveiled today (4 December 2015) at a special event at Birmingham University. The Midlands Engine prospectus – the first of its kind in the country – is the result of 11 Local Enterprise Partnerships (LEPs) coming together with their plan to boost productivity, attract inward investment, increase connectivity and build a regional tourism offer.

The new prospectus, supported by Business Secretary Sajid Javid, is focused on 5 key themes – skills, innovation, transport, promoting the ‘Engine’, and finance for business, and is part of the government’s wider plans to support jobs and growth. If the Midlands region matches the predicted growth rate for the UK over the next 15 years, it could create 300,000 jobs and boost the national economy by £34 billion.

Mr Javid also confirmed that the region will receive £5 million of support for a new trade and investment package to reach new markets and boost exports. He will lead the first Midlands Engine trade mission next year to promote the region to investors and trade partners, delivering more growth, exports and jobs.

“The Midlands is the heartland of our thriving manufacturing sector and home to 25 universities, playing a strong role in the recovery of the UK economy. Over the last year, private sector employment in the Midlands grew more than 3 times faster than London and the South East.

“But there are more opportunities to capitalise on the Midlands’ natural strengths and assets and make it an engine for growth. Through this prospectus, which sets out the region’s own vision to unlock greater economic growth, it’s time to fire up the Midlands Engine. I commend the leadership shown by the Midlands Local Enterprise Partnerships, local authorities and others to come together and pool resources to work towards the shared goal of greater growth for the whole region.”

Specific ambitions for the Midlands Prospectus include:

“As part of our long term economic plan, the Midlands economy has the potential to grow by £34 billion by 2030, and by the end of this parliament, there could be as many as 300,000 extra jobs.

“Building on the strengths that we already have, with world-beating companies such as Jaguar Land Rover, Rolls Royce and JCB, the Midlands Engine will create the opportunities for businesses to grow and thrive.

“Today’s (4 December 2015) prospectus demonstrates how, by focussing on innovation, finance and skills and developing world-class infrastructure we can create an environment in which the Midlands will cement its place as an economic engine for the whole nation.”

“The Midlands Engine provides a unique opportunity to cement the natural links between business, the public sector and universities. Working together with the LEPs, the aim is to boost productivity and add value to the UK economy.

“There is a real hunger to work across boundaries to build on the strengths that we have in pursuit of building an ever-stronger economy.”

“There’s a real will and commitment to restore the Midlands to its former glory as the heartland of British industry and by working together councils in the Midlands can help drive this ambition.

“East Midlands’ towns and cities are a vital cog in the Midlands engine and we all have an important role to play. By continuing to push for investment to spur economic growth in our own backyard we can combine our efforts to strengthen the case for attracting global companies to the region, bringing jobs and prosperity for our communities.”

During the visit Mr Javid will also open part of the Energy Research Accelerator at Birmingham University, which will benefit from a £60 million government investment to deliver a step change in the impact of energy research in the UK.

This follows the Chancellor’s announcement last week of a major devolution deal for the West Midlands.