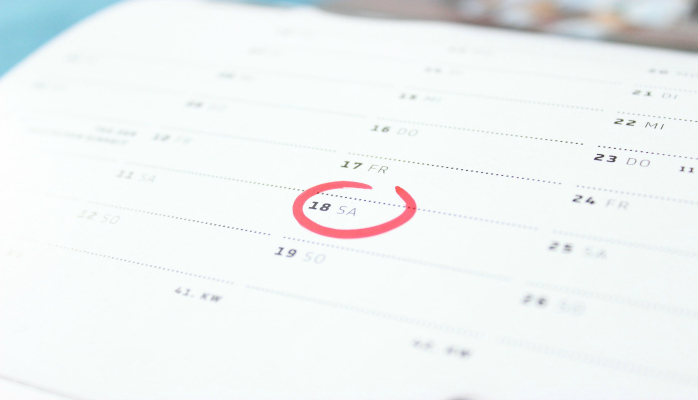 Flexible working hours could be granted to women during their periods

Up to 20 percent of women are affected by severe discomfort during menstruation – should a period policy be introduced into companies which includes women working from home or taking time off?

Director of Bristol-based Coexist, Bex Baxter, was inspired to change workplace policy by her own extreme menstrual pain and seeing other female employees come to work despite theirs.  Coexist currently has a staff of 24, with just 7 being men.

“It meant that I did always take time off of work or I’d collapse or I’d be laid down in a room in agony,” she said.

Baxter now works from home for a day and a half if she needs to, rather than suffering through three excruciating and unproductive days of work.  She states that because she takes time off during her “winter cycle,” she said she’s three times more productive during her “spring cycle” — after her period ends.

“I’ve learned about the cycle and how to listen to it and give it what it needs. My pain is reduced, I don’t black out anymore and I don’t have severe pain that I can’t manage.”

On March 15th, Coexist is hosting a seminar called “Pioneering Period Policy: Valuing natural cycles in the workplace.” She hopes that by conveying the benefits of a period-positive workplace, female employees will in turn maximise their efficiency and reduce unproductive days.  The aim of the formalised guidelines is to synchronize work flow with natural cycles so as to create a more productive, creative space.  At present, 50 companies have already signed up to attend.

The seminar will be led by Alexandra Pope, author of The Wild Genie: The Healing Power of Menstruation, and an “educator at the forefront of the emerging new field of menstruation, exploring woman’s psychospiritual journey from menarche to menopause and beyond.”

The menstrual cycle is a stress management and self-care tool — a resource that largely goes unrecognized because the subject is considered taboo, Pope said.

“The menstrual cycle is a very healthy dynamic in us, it’s a cycle and like all cycles it’s a positive process,” she said.

The American College for Obstetricians and Gynaecologist has also recognized the importance of menstrual cycles to well-being. It recommended in December including menstrual cycles as one of the vital signs used to evaluate health.

Baxter, 40, believes that giving women flexibility around their cycles will help relieve the additional stress of trying to repress what’s happening in their bodies — trying to push through to avoid talking about the taboo subject. Like all cycles, menstruation is based on a rhythm of periods of activity and rest. Men have the same need for rest, she added, they just don’t have a menstrual cycle to remind them.

“A lot of women want to be valued equally, so women fit inside of male energy cycles and systems in order to try and be seen as valuable.”

Ivona Hideg, Assistant Professor of organizational behaviour in the Lazaridis School of Business and Economics at Wilfrid Laurier University has a slightly different view.  She feels that a workplace that singles out gender differences borders on “benevolent sexism,” a policy envisioned to promote gender equality, but instead undermines women in the workplace.  This could mean women are stigmatized and potentially penalised with fewer promotions or other benefits and perks.  It could even portray women to be emotionally volatile or less competent than men, she added.

On the flipside, the male employees in the Coexist office support the initiative and have said they want to understand how the cycle impacts their relationships with women, Baxter said.

Coexist already has a flexible working policy, which enables one man who suffers with migraines to take time off when the headaches are at their worst, then to make the time up later when his health improves.

Would people abuse the policy?  What about the notion of women’s cycles being synchronised? Would this leave the office like a ghost town?

“We’re not going to indulge it. We’ve got to make the business work,” Baxter said.

“And I don’t want women being seen as victim. The menstrual cycle is not actually a sickness, it’s not a problem, but it’s been rendered that for so long.”

You may be surprised to learn that menstrual leave is not a new concept and neither is the debate over whether it’s an inclusive or discriminatory policy. Japan implemented a law in the 1940s that allowed menstruating women to take “seirikyuuka” or physiological leave. Other Asian nations have since followed.