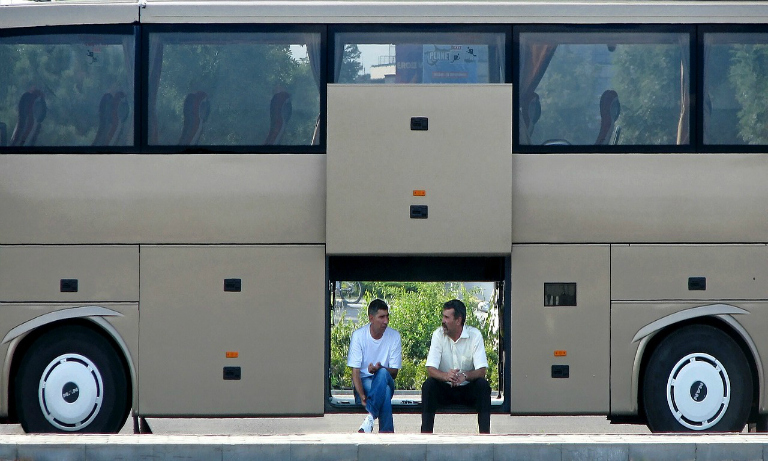 Workers complained about the 'casual and informal' tone of text message

Over 300 bus drivers have lost their jobs after GHA Coaches went into administration – and they were told via text message.

Based in Wrexham, GHA Coaches, employed 320 people and operated 230 vehicles on school and bus routes across north Wales, Cheshire and Shropshire. Its closure has caused major disruptions for passengers, with local councils having to put urgent contingency plans into place.

Drivers were told of the news via text message reading: ‘Sorry we cease trading tonight pls attend meeting Tomoz, ALL wages holidays will be paid’. Vickie Hewitt, whose 68-year-old father worked for the company, wrote on Facebook: ‘He got the text about an hour after leaving the depot.

‘It’s disgusting the way they have told their employees, in a split second their job is gone. My dad does the school runs and loves the kids.

‘The job has kept him going and given him a purpose to get up in the morning since my mum passed away a few months ago, he loved this job.

‘He’s 68 and I have no idea if he will find another one that he would like so much.’

However, GHA Coaches employees are not the first to be notified of company closure via text message.

In 2003, 2,500 employees at the Accident Group in Manchester were fired by text message, while their boss, self-made millionaire Mark Langford, was famously pictured sipping champagne on a yacht in the Costa del Sol.

GHA Coaches recently received a winding-up petition from HMRC in relation to unpaid taxes despite attempts by the directors to secure an emergency funding package.  The company was put into administration last week.

Administrators from Grant Thornton UK LLP today met staff at the depot in Wrexham, to tell them they were being made redundant.

A Welsh Government spokesman said: ‘We are aware of the current position at GHA Coaches and the risk to jobs at the company.

‘We are working closely with local authorities to minimise any adverse effect to key bus services in the area.’