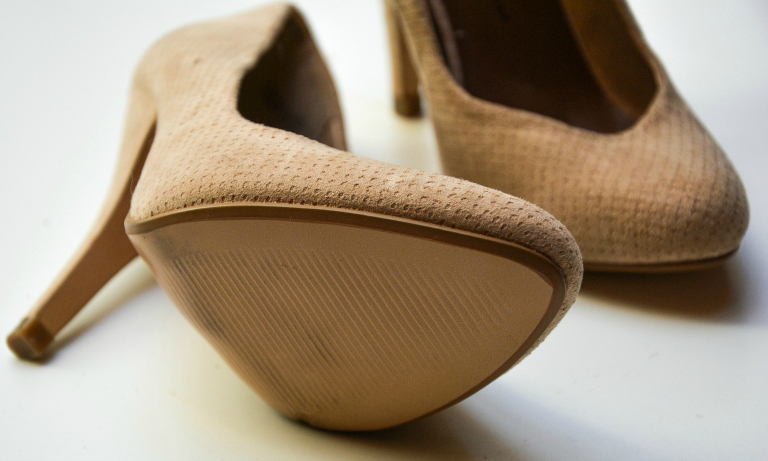 Helen Sewell, a leading voice and communication coach, said ‘entrenched attitudes’ towards high heels could lead to a ‘generation of women with serious health problems’

Ms Sewell gave written evidence to a Petitions Committee inquiry on the effect of dress codes in the workplace.  She claimed that the British economy loses as much as £260 million each year through absences associated with “inappropriate footwear”.

The inquiry was set up after an e-petition of more than 150,000 signatures was brought to Parliament calling for it to be made illegal to require women to wear heels at work.  Employment law allows companies to demand female staff wear heels and make-up as part of company dress code.

The hype within the media began when Nicola Thorp – an actress and part-time receptionist – launched the petition after being sent home from her temping job for refusing to wear shoes with a two to four-inch heel.

Ms Sewell believes that wearing high heels “physically” restricts women’s ability to carry out public speaking effectively and is detrimental to their success.  The report states that women do not breathe properly as stress – and a pressure to look thin – means that they constantly hold their stomach muscles in.

“Add to that high heels and arching yourself backwards, pulling your abdominal muscles tightly, and you significantly reduce your ability to breathe effectively,” Ms Sewell said.

The evidence claims that 7.2 percent of the workforce takes a sick day at least once a year due to voice problems, to which wearing heels is a contributory factor. The evidence estimates that this costs the economy an average £260 million a year.

“When standing, high heels knock you off balance, forcing part of your brain to concentrate on steadying yourself on tiptoes rather than communicating with others,” Ms Sewell said.  “However comfortable you feel in heels, they make the balance part of your brain work overtime.”

The inquiry, which has taken evidence from a number of legal and medical experts, has heard how making employees wear heels could be discriminatory and damaging to future health.

“There’s an old saying that when a woman gets dressed to kill, she kills off her feet,” he said.

“Many of my female patients come in with bunions and other orthopaedic issues. They wear high tight shoes, and they’ve been wearing them all their life.

“If someone is in their high heels, what they are doing when they are trying to remain steady is pushing their centre of gravity off.

“This means that they have to change the shape of their spine, and if you change that shape you change the composition and length of your muscles in your stomach and in your back.”

Miss Thorpe said: “I’m not against high heels, rather I am pro-choice for wearing comfortable shoes in the workplace.  Research, such as this, shows that when it comes to fashion, women have got the short end of the stick.”

The committee is still taking evidence and will deliver a verdict on legislation shortly.