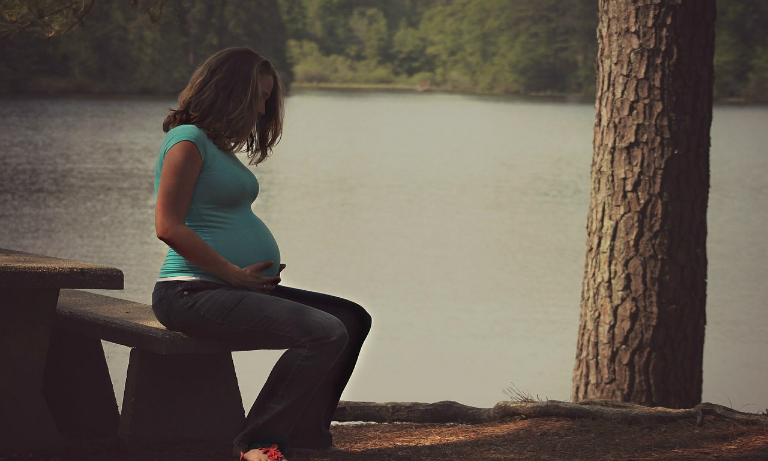 The UK government has said it will consider the recommendations carefully

Pregnant women and new mothers need to urgently be given more protection at work after a “shocking” increase in discrimination, MPs say.

The number of expectant and new mothers forced to leave their jobs has almost doubled to 54,000 since 2005, it said.

German companies have paved the way in setting high standards for expectant women. From the beginning of pregnancy until four months following childbirth, employers can only dismiss an employee in very rare cases – such as the company going under – and it needs government approval to do so.

Although it is illegal to dismiss a woman in the UK for reasons relating to having a child, a company can still find other reasons for making her redundant.

Other recommendations from the report include more protection for casual, agency and zero-hours workers – for example, making it easier for women to attend antenatal appointments.

A “substantial reduction” in the £1,200 fee for women taking a pregnancy-related discrimination case to an employment tribunal was also suggested as well as a recommendation for the three-month limit on taking cases to a tribunal being doubled to six months.

Sarah, a pregnant woman who works for the NHS, said:

“I have been treated so poorly I’ve had to consider leaving. I’ve had various issues with obtaining equipment my employers have identified I need resulting in me sitting on a broken chair for two months of my pregnancy.

“I’ve been to occupational health and my managers, and was advised to “go off sick” until my maternity leave starts even though my baby is not due for another three months.”

Another mum, who is seven months pregnant and was facing the threat of redundancy said:

“I have spent around two months of my pregnancy fighting my employer. I have been successful, but have very little confidence that when I return to work they will offer me my current job, never mind any flexibility – and I work in a female-dominated industry.

“Having gone through what I have just done, I don’t think law changes will help at all. There was almost no support I could get that would actually help me keep my job.

“I had to have time off work and was crying every day. I love my job, but now I don’t want to work for the managers who did this to me.

“But I do want other women to know that you can win on your own. It’s hard work and emotionally draining, but it can be done.”

Research from the former Department for Business, Innovation and Skills and the Equality and Human Rights Commission was detailed in the report too and found that 11% of women reported being either fired, made redundant when others in their workplace were not, or treated so badly they felt they had no other option but to leave their job.

“There are now record numbers of women in work in the UK,” said the committee’s chairwoman, Maria Miller.

“The economy will suffer unless employers modernise their workplace practices to ensure effective support and protection for expectant and new mums.”

The report also called for government assurances that rights and protections would not be eroded, given the uncertainty following the vote to leave the European Union.

Business Minister, Margot James, said: “It is completely unacceptable that pregnant women and new mothers are apparently being forced to quit their jobs because of outdated attitudes.

“Tackling this issue is a key priority of mine and this government and I would like to thank the committee for its important work. We will consider its recommendations carefully and respond in due course.”

If you think you have a case:

Gather your evidence – Keep a detailed, accurate record of any conversations you have during your pregnancy and maternity leave with your employer, as it can be used as evidence says Maternity Action. Email records are good, so confirm conversations by email where possible.

Try communicating first – Many problems can be resolved with an informal conversation with your employer before any other action is taken.

Formalise it – If you don’t get a satisfactory response after discussing the situation, then make a formal, written complaint. Every company should have a procedure to deal with this.

Seek advice – Get advice on whether you have a case and how best to present it. Contact your union if you have one, check if legal advice is covered by your home insurance, or call Maternity Action or Acas, a statutory body that provides free advice on employment law.

Take legal action – Acas can work as an go-between to help you reach an agreement with your employer. Once you have tried this you can take the case to a tribunal – which can cost up to £1,200. You have to start proceedings with Acas within three months of the alleged discrimination.

Head of employment at law firm Slater and Gordon, Claire Dawson, said the company regularly acts on behalf of clients who have been made redundant while on or shortly after returning from maternity leave.

“The last thing they want to do at this time in their lives is engage in a legal battle and in many cases, they simply can’t afford to,” she added.

Angela Rayner, shadow minister for women and equalities, feels that the report clearly shows that thousands of pregnant women are being “priced out of justice” because of tribunal fees introduced by the government.

Former Liberal Democrat equalities minister Jo Swinson, now chairwoman of the charity Maternity Action, said that all too often, companies were using pregnancy and motherhood as an “excuse to get rid of someone”.

Gillian Guy, chief executive of Citizens Advice, said it was a “confusing landscape” that meant “some bad bosses” were “getting away with treating their employees unfairly”.