Uber drivers are now to be classed as drivers, rather than self-employed 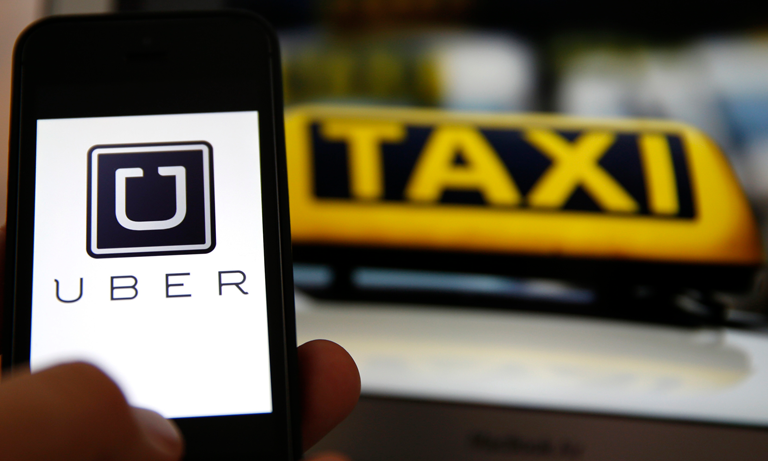 San Francisco-based company, Uber, argued that its employees were self-employed contractors and stated that they would appeal against the ruling that it had acted unlawfully

A London employment tribunal ruled last week that drivers would no longer be classed as self-employed, meaning they would now be entitled to holiday pay, paid rest breaks and the national minimum wage.

The decision was described by the GMB union as a “monumental victory” for approximately 40,000 drivers in England and Wales.

The ruling accused Uber of “resorting in its documentation to fictions, twisted language and even brand new terminology”, adding: “The notion that Uber in London is a mosaic of 30,000 small businesses linked by a common ‘platform’ is to our mind faintly ridiculous.”

“This is a monumental victory that will have a hugely positive impact on drivers,” said Maria Ludkin, legal director at the GMB, which brought the case.

General Secretary Frances O’Grady said: “For many workers the gig economy is a rigged economy, where bosses can get out of paying the minimum wage and providing basics like paid holidays and rest breaks.

“What is happening at Uber is just the tip of the iceberg. Lots of people are now trapped in insecure jobs, with low pay and no voice at work. We need the government to get tough on sham self-employment.”

Uber’s UK manager, Jo Bertram, said: “Tens of thousands of people in London drive with Uber precisely because they want to be self-employed and their own boss.

“The overwhelming majority of drivers who use the Uber app want to keep the freedom and flexibility of being able to drive when and where they want. While the decision of this preliminary hearing only affects two people, we will be appealing it.”

Two drivers, James Farrar and Yaseen Aslam, stated that their actions were controlled by Uber, which meant they were employed by the firm – but they did not receive basic workers’ rights.

Mr Farrar confirmed that his net earnings in August 2015 after expenses were £5.03 an hour. Mr Aslam is no longer a driver for Uber.

Nigel Mackay from law firm Leigh Day, which represented the two drivers, said: “This judgment acknowledges the central contribution that Uber’s drivers have made to Uber’s success by confirming that its drivers are not self-employed, but that they work for Uber as part of the company’s business.

“This is a ground-breaking decision. It will impact not just on the thousands of Uber drivers working in this country, but on all workers in the so-called gig economy whose employers wrongly classify them as self-employed and deny them the rights to which they are entitled.”

Alex Bearman, partner at Russell-Cooke solicitors, suggested that Uber could perhaps implement a system to cover any additional costs by increasing the percentage of each fare that it kept as commission: “It seems likely that this decision will be appealed and we may not see a final determination for some time to come.”

So, what do the drivers think?

Sahrab Shinwari from Hayes, west London, has driven for Uber for the past 18 months and looked positively on the ruling: “We used to do less hours and make more money. Business has gone down. We can’t work on minimum wage – we can’t maintain a car on that. Uber don’t provide us with a car. Holiday and sick pay is perfect, but the minimum wage isn’t.”