Unemployment rate remains at lowest level in over a decade

The labour market has finished a record breaking year with unemployment down by over 100,000 people and the rate running at 4.8% 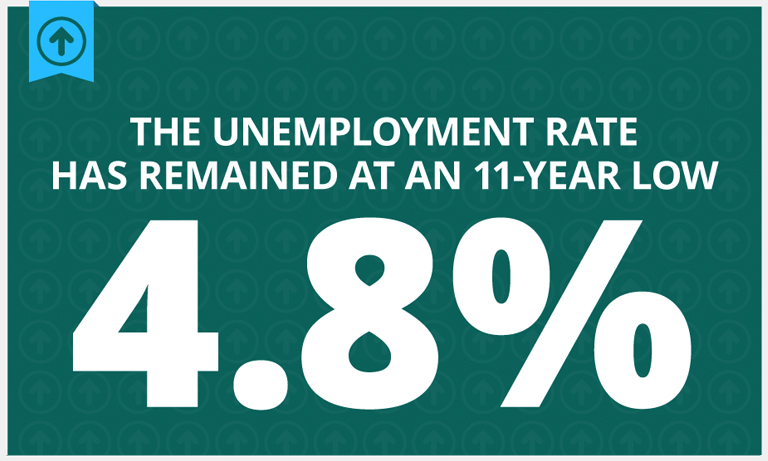 The number of women in work is at a record high of almost 15 million and long-term unemployment is down by 31,000 since July

There continues to be 31.8 million people in work, up by 2.7 million since 2010. The number of women in work is at a record high of almost 15 million and long-term unemployment is down by 31,000 since July.

Secretary of State for Work and Pensions, Damian Green said:

“This year will be remembered as one when so many records were made – employment has consistently been running at an all-time high with more women, older workers, and ethnic minority groups in work than ever before.

“Encouragingly, this good news was extended right across the UK.

“But there is more to do to help people of all backgrounds and abilities to work, which will remain a priority as we press ahead with our welfare reforms that are ensuring it always pays to be in work.”