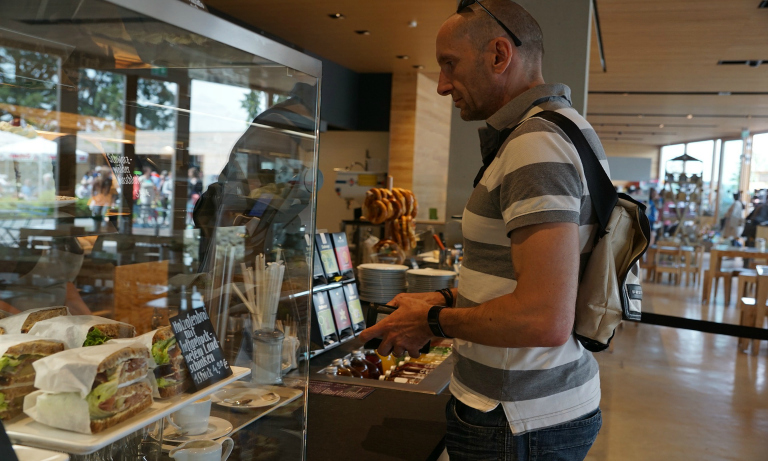 65% of Pret’s staff hail from countries other than Britain

With just 1 in 50 of Pret a Mangers workers being from the UK, the chain has launched a huge recruitment drive to attract more non-EU staff as Brexit plans are now in force.

“Traditionally at Pret we just had our recruitment centre and everybody just came to us,” said its chief executive, Clive Schlee. “Now we are preparing for the future by reaching out ourselves.”

Previously relying solely on job applications through it’ own website, they have now started using social media advertising and jobcentres to try to appeal to British candidates.

With 65% of its workforce drawn from EU countries other than Britain, Pret’s director of human resources, Andrea Wareham, told MPs it would struggle to find a sufficient amount of staff if it was forced to turn its back on EU nationals after the UK leaves the European Union.

Last month, the chain launched a program to appeal to British school leavers.  However, this came under fire after the Guardian reported it was offering 500 teenagers a week of work experience, without pay, to give them a taste of working for the private equity-backed firm. The 16- to 18-year-olds were only being offered free food.  The firm then committed to pay all participants Pret’s hourly starting rate.

Schlee told the Financial Times that Pret had not yet seen a decline in the number of EU workers seeking jobs but it was making a concerted effort to tap into “more UK-oriented labour pools”.

Schlee said he was encouraged by government plans to head off recruitment woes for the hospitality industry with a new “barista visa” mooted to allow young European citizens to continue coming to the UK to work in coffee shops and pubs.

Pret’s profits are on the rise which is positive news for UK workers wanting to start or further their career within the hospitality industry.  Global sales rose 15% to more than £776m last year and the chain’s operating profits increased 11% to more than £93m.

Schlee said the pound’s fall since the Brexit vote had been a double-edged sword as it had boosted UK sales by attracting more tourists but had also forced up the cost of many ingredients. He pledged to keep price rises below inflation, despite seeing an increase in the cost of imported ingredients such as avocados, salmon and crayfish.

Pret has won a base of loyal customers thanks to its ability to keep on top of the latest food trends, such as avocado, quinoa and chakalaka beans. Pret said the most popular new ingredient over the past year had been coconut, with pots of dairy-free coconut porridge now accounting for one in every five sold in the UK.