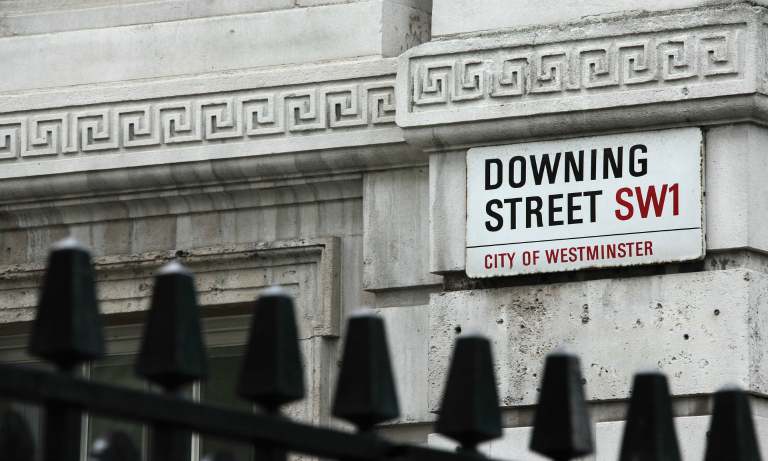 Prime Minister Theresa May has not implemented any changes

May’s aim is to provide better protection to workers in the so-called gig economy, such as those employed by taxi firm Uber and food delivery business Deliveroo.

Critics say her job promises are feeble and the fightback is also in danger of being undermined by two more damaging arguments.

The PM is now, in her words, facing a “different reality”, pleading with Jeremy Corbyn and the Labour party to come to her aid on Brexit.

May is now launching a Government review of modern working practices by a former aide to Tony Blair, Matthew Taylor.

She will say: “I am clear that this Government will act to ensure that the interests of employees on traditional contracts, the self-employed and those people working in the ‘gig’ economy are all properly protected.

“We will build on the strengths of our labour market. While avoiding overbearing regulation, we will make sure people have the rights and protections they need.”

“Despite the impact of the National Living Wage and tax credits, there will always be people who are in work but finding it hard to make ends meet,” he says.

“Our social contract with those people should include dignity at work and the realistic scope to progress in the labour market.

“Bad work – insecure, exploitative, controlling – is bad for health and well-being, something that generates cost for vulnerable individuals, but also for wider society.

“Improving the quality of work should be an important part of our productivity strategy.”

But TUC general secretary Frances O’Grady has dismissed his proposals, saying: “I worry that many gig economy employers will be breathing a sigh of relief this morning.

“From what we’ve seen, this review is not the game-changer needed to end insecurity and exploitation at work.”

He said: “The creation of a new ‘dependent contractor’ status for gig economy workers would further complicate existing categories of how workers are defined in law.

“What is needed is one category which affords all workers all employment rights from day one of their contracts starting.

“This new status is unclear and unnecessary.”

And Unite leader Len McCluskey said: “This review raised the prospect that the scourge of insecure working in this country would be tackled.

“It raised the hope that work would once again pay and there would be no profit in exploitation.

“It indicated that fairness and dignity would be restored to working life. But it has spectacularly failed to deliver on any of these.”