Having part-time jobs will help prepare school children for the work environment, the work and pensions secretary has said 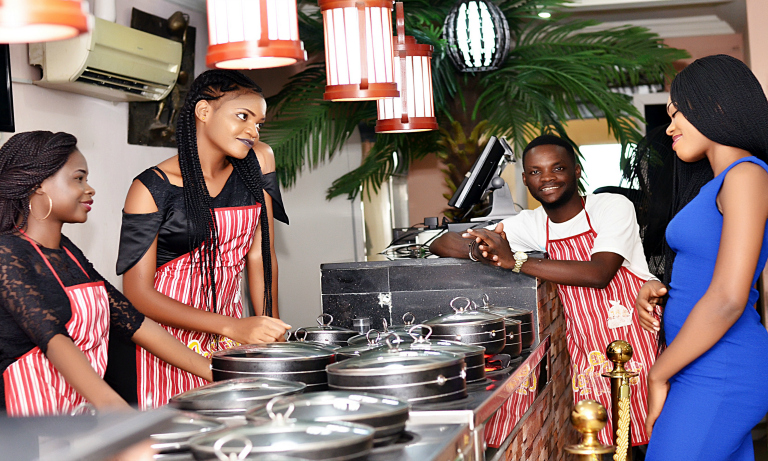 Although she wouldn’t describe them as lazy, Esther McVey said there had been a "significant decrease" in the number of teenagers who have Saturday jobs

Speaking to the Daily Telegraph, Work and Pensions Secretary, Esther McVey, said there had been a decrease of up to 60% in the numbers of young people with weekend jobs.

As a result many lacked the “soft skills” needed for work, she said.

“What you’ve seen from the 1980s, particularly in this country, is far fewer people doing Saturday jobs and doing jobs after school,” she said in an interview with the newspaper.

“It’s about people understanding what a boss wants and what you want out of a job.”

She said the decline in Saturday jobs could partly be as a result of an increased focus on school work.

However, she added the importance of going into the workplace at a young age as they are taught many important workplace skills such as the ability to step away from their phones and good timekeeping.

McVey said she herself had worked in her family’s business and a bistro while still at school.

A few school-going youth shared their stories: Marie-Therese of Oxford said, “As a 16-year-old I have been working as a food runner in an upscale pub for a few months now. I work Saturdays and some Sundays and honestly, I struggle to balance my A-level work with my paid work.  The ever increasing pressure from school to focus on schoolwork is really difficult to balance with the stress that comes with working in a very busy pub and I only continue to work due to the need for money.”

Another youngster, Harrison Taylor from Bournemouth said, “I have had a job since I was 14 working with special needs children in school holidays when I had much less stress on me schoolwork-wise.

“Now I’m 20, I have got a lot of friends who are trying to get their first jobs now after they’ve left sixth form and they’re really struggling because employers want people with working experience.

“I understand students’ reluctance to take part-time work during the school term, but I don’t understand why many are reluctant to get seasonal work – particularly in the summer.”

How do employers view youngsters entering the workplace while still at school?

Matthew Griffin, a café owner from York said, “Owning a cafe in York, I have been approached by more 14/15-year-olds than people over 16 for a job.

“Unfortunately I have had to turn them all down. Being a small employer with three staff in on a Saturday, the much stricter rules around breaks and health and safety stop me employing them.”

Research released in December suggested that the number of schoolchildren with a part-time job had fallen by a fifth over the previous five years.  The findings came from a Freedom of Information (FOI) request by the BBC to all local authorities across the UK responsible for issuing child employment permits as employers need to apply for a licence to hire staff under the age of 16.

Ms McVey said: “Lets not put ourselves down, we’ve got a very hard working nation, we’ve now got record numbers of people in employment and nine out of 10 are UK nationals doing those jobs, that has increased significantly.