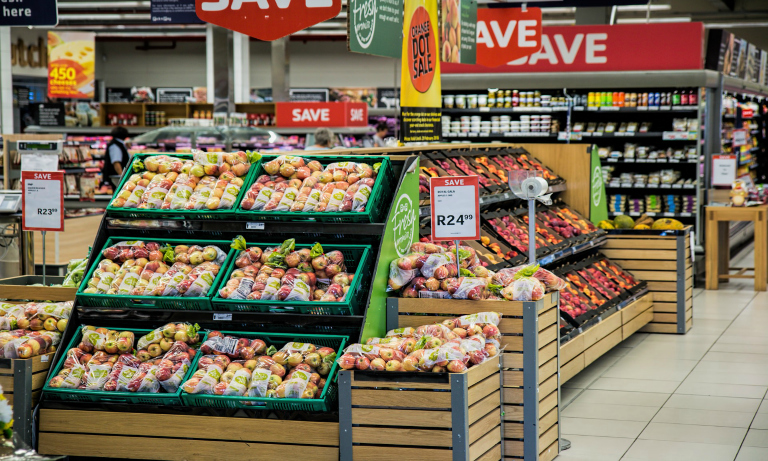 Tesco has now started recruiting for the new project – sparking speculation that the first Jacks could open this Autumn. The job adverts have a closing date of August 10 and don’t reveal much detail about the roles, only that employees would not be working in a normal Tesco supermarket.

The adverts say: ‘The new retail format will be operated separately from the core Tesco business.’

The new stores have come into play as the supermarket giants are facing pressure from relentless cost-cutting from the German discounters, forcing them to take drastic action.

Aldi and Lidl’s combined market share has surged from 2.9 per cent to 9.4 per cent in the past decade, a huge increase and one sure to make the grocers sweat.

A subsidiary of Tesco has sought to register the trademark Jack’s – perhapsa reference to the company’s founder, Jack Cohen.

Tesco will reportedly be trialling Jack’s at sites including in Immingham in Lincolnshire, Chatteris in Cambridgeshire and Wandsworth in south London.

Retail experts were sceptical about the plans, warning that the number of stores involved is too low to make a difference to Tesco’s business. Supermarket chains have tried to launch budget chains before with limited success.

Thomas Brereton, retail analyst at Global Data, said: ‘The possibility of Tesco opening a discount brand in a bid to neutralise the growing threat posed by German discounters Aldi and Lidl looks a bold move. Sainsbury’s attempted a similar concept in 2014 through a partnership with Netto, and its closure two years later came as a result of their failure to expand quickly or sizeably enough.’

Bernstein analyst Bruno Monteyne said that Tesco could stock the new chain with its existing Farm Brands range, which is made up of products priced within 2 per cent of what the German firms charge.

The discount store plans come as rivals Asda and Sainsbury’s plan a £14 billion merger so they can also compete on price.