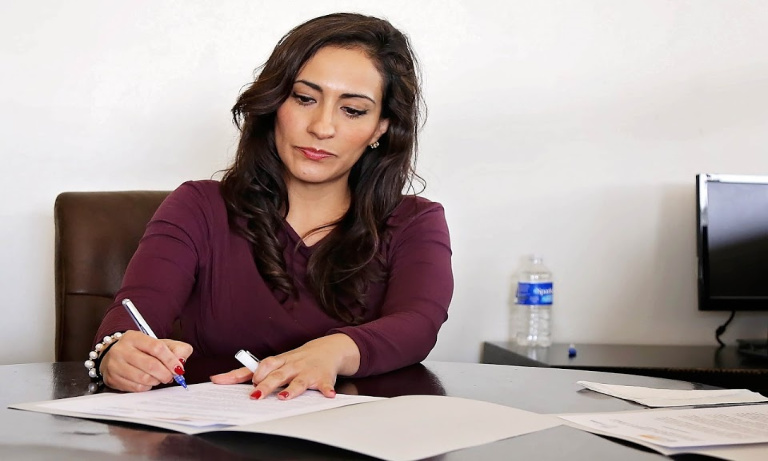 Speaking to the BBC, Severn Trent chief executive Liv Garfield, one of the UK’s youngest female CEOs, said some women were not applying for roles because of “must have” skills lists. Her company has a fresh approach to recruiting by “blind marking” CVs – removing applicants’ names, sex or race.

Campaigners say large companies in male-dominated industries such as water, rail and construction have become increasingly aware that asking for specific experience in that sector reduces the number of women candidates for roles.

Simple changes can be made to create more diverse workplaces says Ms Garfield, which would in turn increase skill sets in the process.

Water company, Severn Trent, has 87,000 water customers across mid and north Wales under its Hafren Dyfrdwy brand. Its job adverts focus on asking for skills gained from a variety of sectors and activities outside work to attract a more diverse range of candidates – rather than a list of “must have” specific skills.

“Often lots of women don’t have the confidence to think, ‘do I match all of those boxes?’,” said Ms Garfield, who moved from Openreach to Severn Trent in 2014.

“If they don’t match all the boxes, they immediately, almost, don’t apply – they cross themselves off the list.”

With 50% of Severn Trent’s customers being women, she said it was important for there to be more female role models in traditionally male-dominated sectors such as the water industry.

“If people can see that somebody has walked in those footprints or they can look up and see there is a role model there, it often gives people confidence.

“It’s not that they couldn’t have done it, it’s just tricky being a trailblazer,” she said.

Gender equality charity Chwarae Teg has also been working with companies, particularly in construction, to help promote greater diversity in the workplace.

“Very often they realise they’ve got a problem but they don’t understand why because they don’t feel they’ve ever done anything to put women off,” said Helen Antoniazzi from the charity.