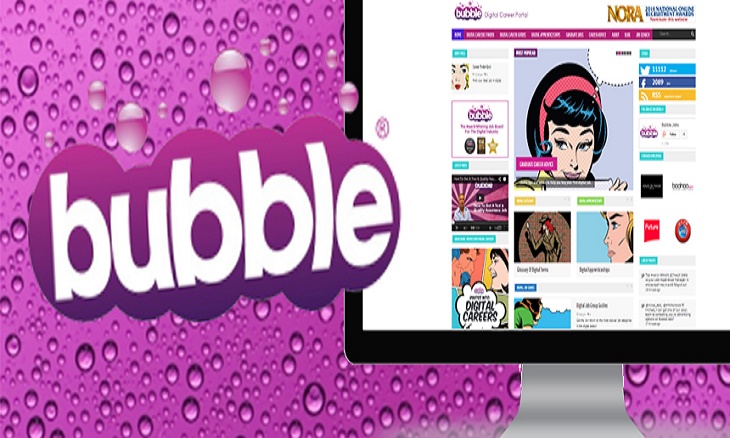 The jobs board Bubble jobs has teamed up with a number of companies in order to launch a “Day in the Life of” campaign to show graduates and jobseekers what a career in the digital sector looks like.

The recruitment company has teamed up with a number of companies, including Benefit Cosmetics, DigitasLBi and River Island, to add articles to the site’s Digital Career Portal – a free careers hub for anyone considering a move into the digital sector.

The partners involved in the campaign have featured roles and articles such as a search engine optimisation (SEO) manager at River Island, an e-commerce merchandiser at QVC, a head of pay-per-click (PPC) at Mediaworks and a content marketing executive at Koozai.

Other companies that have contributed articles include Auto Trader, Fat Free Media, All of Us and Spindogs.

Bubble Jobs’ digital marketing manager Amy Edwards told Computer Weekly: “We decided to start this initiative as part of our commitment to raising awareness of digital jobs among graduates, students and jobseekers in general.”

“Through our career advisor events and discussions with jobseekers, it became apparent that there was a lack of knowledge around the responsibilities of different roles in the industry, and we wanted to address that,” she said.

Bubble is keen to add to their articles so they can cover as many roles and involve as many companies as possible, and is open to contributions from any digital professionals.

The digital manager of Benefit Cosmetics, Michelle Stoodley added:  “Working in digital is such a rewarding career path, it’s so dynamic and its ever-changing nature means no two days are the same.

“At Benefit, we want everyone to have the opportunity to experience the passion and excitement that comes with working in this sector. We are more than happy to support raising awareness around digital-based roles.”

DigitasLBi’s UK public relations and marketing director Julia Conroy said: “While the digital industry is certainly growing, there is a lack of awareness about the actual career prospects within it, so anything we can do to shine the spotlight on such a fantastic sector is something we would always like to be a part of.”