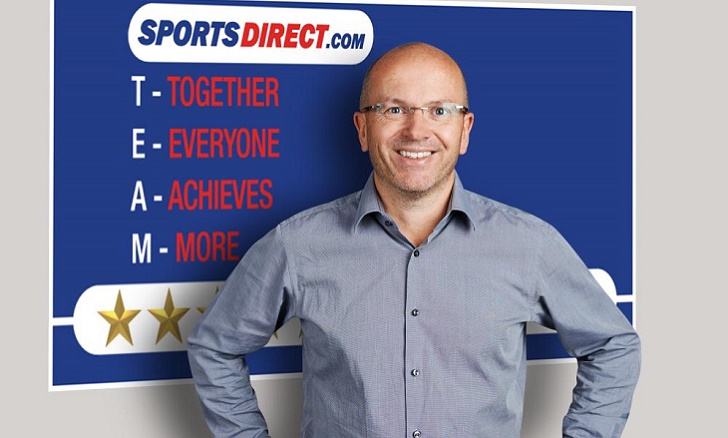 If found guilty, Forsey could be fined up to £5,000 and banned from holding directorships for up to 15 years

The CEO of Sports Direct has pleaded not guilty to criminal charges over the alleged mishandling of staff redundancies at a warehouse in Scotland.

On 9th October the Insolvency Service announced that Dave Forsey, the Chief Executive of the company, had been charged after not informing the relevant authorities of the company’s plans to lay off staff from the Dundonald warehouse in Scotland.

The move was part of a controversial pre-pack administration of fashion chain West Coast Capital (USC), in January, with around 200 workers being given just 15 minutes notice by administrators that they would be losing their jobs, before the company was shut down.

However under employment law for the workforce numbers involved, they should have been given a minimum period of 30 days consultation before losing their jobs.

Dave Forsey was due to appear in court on 15th August however the hearing had been adjourned until 14th October, where he pleaded not guilty.

A statement from the Insolvency Service read: “We can confirm that criminal proceedings have been commenced against David Michael Forsey. He is charged with an offence contrary to section 194 of the Trade Union and Labour Relations (Consolidation) Act 1992.

“The investigation into the conduct of the directors is ongoing. The inquiries are at an early stage and given the criminal proceedings it is not possible nor would it be appropriate to comment any further.”

If found guilty, Forsey could be fined up to £5,000 and banned from holding directorships for up to 15 years, it what is thought to be the first time a FTSE100 chief has been charged under the Trade Union Act.

Earlier this year, chiefs at Sport Direct were found to have breached EU rules by not informing employees that their employment was at risk in a timely manner, with 50 former USC employees receiving a ‘protective award’.

Keith Hellawell, chairman of Sports Direct, revealed at a Scottish Affairs Select Committee hearing that he was became aware of the administration a day before it was finalised, despite other board members discussing it with administrators for at least two months previous.