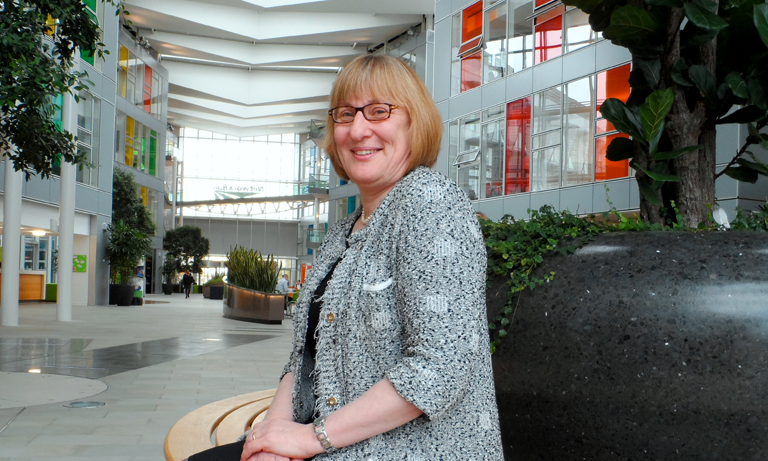 Susan Cooklin says that the Science, Technology, Engineering and Maths (STEM) industries require a new kind of people to evolve and cater to the general population’s needs

In 2013 Network Rail launched a ‘Could IT be you?’ campaign to encourage more women to enter the technology industry. Now the company’s Chief Information Officer (CIO) says that the Science, Technology, Engineering and Maths (STEM) industries require a new kind of people to evolve and cater to the general population’s needs.

The competition, which invites girls to compete for a £9,000 sponsorship and the chance for paid work experience in the IT industry, partly requires 16 to 18-year-olds to submit an essay explaining how technology could improve their life.

“We show what some of those jobs are,” Network Rail CIO Susan Cooklin told Computer Weekly, “and those jobs may not be coding jobs; they might be analyst jobs, media jobs – very creative jobs.

‘A lot of them will require very good emotional intelligence, and that is something many women have in spades, so it plays to their strengths.”

With the introduction of the computer science curriculum, the importance of coding and computational thinking has been highlighted to children.

However, some are concerned that the growing need for digital skills means coding is the wrong focus, as most of the jobs today’s youngsters will be doing will not yet have been created.

“The people we need – the people who have strong project management skills and strong analyst skills – we want those people in the IT industry,” says Cooklin.

“So, yes, you need developers, you need coders, but there is a global market for those skills. Good behavioural skills and high emotional intelligence are much harder to find and actually, a lot of that is what creates successful projects, high-performing teams – it isn’t just about the technical skills.”

Sixty-four percent of women aged 16 to 24 had never considered a career in IT in 2013, research from Network Rail revealed. Yet the IT industry requires skilled workers and a diverse workforce for greater productivity and innovation, says Cooklin.

“I think diversity is very important in a business; it improves business performance.”

Cooklin highlighted the importance of good support and role models when young people are deciding what career to choose.

“My school’s ethos was very much: ‘You are all highly intelligent women; you can go and do whatever career you want to do’,” says Cooklin. “I think that’s a very affirming, confidence-building environment to be in.

‘That is part of the message I try to convey when I talk to young people. It’s: ‘Hey, look what’s out there’. We go through all the jobs you can have in the IT sector – creative and technical.”