Brexit and planning for the future.. 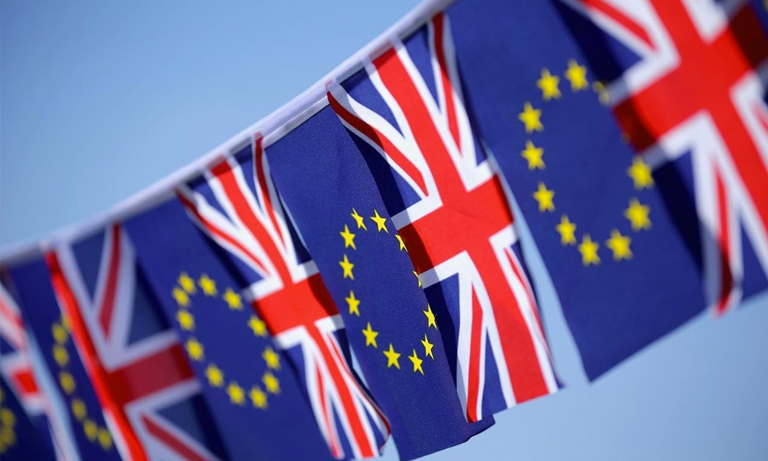 Surprisingly, this hasn’t led to over-resourcing as employers prepare ahead of Brexit

He is now forging a new career in business, first with food and facilities group Sodexo and now with The Instant Group. Matt shares with us his thoughts on Brexit and the massive change that British business is now faced with.

The art of planning has been front and centre of my thoughts this week for several reasons. The planning – or lack of it – around Brexit has been remarkable to observe from afar. I would argue that, regardless of the outcome of the referendum, a sensible and cohesive plan would have been the #1 priority for both government and civil service since the summer. Nothing seems to be obvious or certainly brought to the attention of the British public to allay our concerns.

At the moment the country seems to lack a clearly communicated plan and that is making the business community increasingly concerned. In my BD role, I note that it has become increasingly hard for businesses to plan far into the future for reasons over and above Brexit.

Business planning used to be predicated on relatively consistent variables when our economy was based on manufacturing and industry. Business plans could comfortably roll out for five to ten years and those responsible could be assured that external factors would offer minimal impact.

In today’s service-based economy that has all changed as “disruption” becomes key and not only companies become obsolete but entire industries. The roll call of famous brands, Blockbuster, Kodak, Blackberry etc. that went from peerless, industry leaders to basket cases is well known. How can we plan for the future when innovation can render a product or service obsolete overnight?

I learned a lot from the likes of Warren Gatland, Wayne Smith and Sir Clive Woodward, who brought a business planning mentality to sport, at a time when such an outlook was far from fashionable. But this approach rubbed off on the players, and with so many senior players, leaders in that winning England team, we learned to embrace topics such as analysis, planning and innovative thinking.

A high profile example was in ’03 Final. It’s a small detail but the ramifications of getting it spot on had huge effect.

Australia had just drawn level 17 a piece in extra-time with barely two minutes remaining. Our next phase to regain possession for what was likely to be the only chance we had left was crucial. Jonny kicked long right with as much “hang time” as possible. We knew exactly where it would land on the opposition’s 22 metre line so we could send a white wall of defence to aggressively defend. Martin Johnson made a big hit and others tried to disrupt the ruck to make life awkward for the half backs. Lewis Moody was the best in the world at charging down kicks and had practiced thousands of times throwing himself at the kicker’s left foot. Hoping to at least distract Matt Rodgers from his technique.

The Aussie player sliced it into touch and England regained the ball only 30m from the Australian try line. I don’t need to go into the detail of the next 30 seconds………!

I may have to check the video but I’m pretty sure the plan worked like clockwork. It all looked a bit frantic during the match but as far as we were concerned that was a drill we practiced every day that week from watching previous matches of Australia and their exit strategy from their half of the pitch.

Why did the plan work? We studied our opposition very carefully, developed a plan, trusted our team to fulfil their roles within it, and communicated it clearly amongst ourselves.

Is there any comparison from which we can draw a conclusion to the current predicament that businesses find themselves with? Possibly. You have to remain flexible within your framework, remember what it is that makes your team proposition work, and study your rivals. Then, with the right communication, you can adapt to the environment you find yourself in and deliver.

Much has been made of Eddie Jones’ articulation, and delivery, of a very clear plan for the England rugby team of the moment. He is proving to be a master of not only setting a strategy but plainly communicating it. And now we will see how adaptable he is in the Autumn internationals when faced with a lengthening injury list – my money is on Jones and his team continuing their successful run of results.

It is perhaps a little trite to draw a sporting analogy in comparison to the massive change that British business is faced with. But, I believe the principles I have outlined hold true and, more than anything else, we need to face up to these challenges that are presented to us in such stark contrast now.