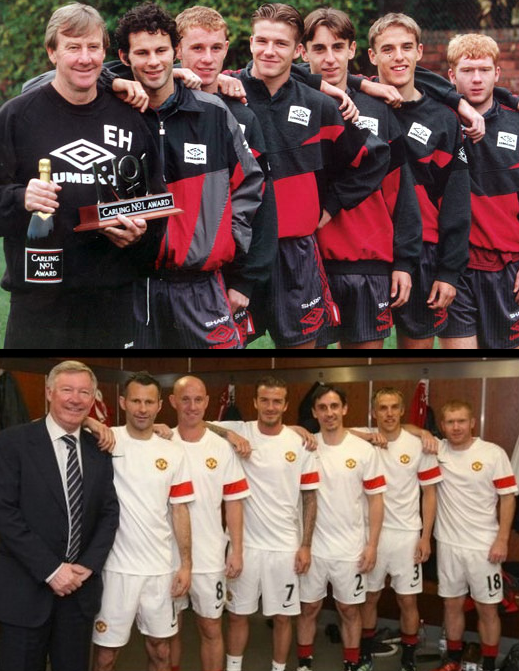 Let’s use the analogy of a home grown player vs an expensive signing. I am sure we will all agree there is nothing better than seeing one of your own making it. They understand your club, they get the passion, they aren’t mercenaries and they are loved by the fan base and the owners.

There is a certain romance in a homegrown player making it and they have the potential to reach the heights no expensive signing ever can. Look at the examples of modern time – Paul Scholes, Steve Gerrard and John Terry who are icons and godly figures at their respective clubs.

They have been worth so much to the club in terms of marketability and revenue that the investment the clubs have put into them pales in comparison to what they bring into the club.

Let’s flip that analogy to business; why do employers always look for the expensive transfer over developing the talent they already have?

Surely on a purely financial perspective, developing passion will result in greater results than bringing in that big signing that ultimately is only there for the money.

David Cameron did many things wrong in his tenure but introducing the apprenticeship scheme wasn’t one of them. His legacy is forcing UK businesses to invest in employees.

He wanted the most talented skillful workforce in the world and by subsidising Apprenticeship and Upskill training it is now obtainable for any business, no matter the size.

The British Institute of Recruiters are the regulatory body governing practice in recruitment in the UK. We are a nonprofit professional body and as an advisory service, we are at hand to update recruitment agencies on Government legislations that directly affect recruitment.

Give me a call so I can explain what government incentives are available to you. 0161 232 7870 or email aron.myerthall@ior.org