Technically business is no longer a man’s world, although in practice it seems to be just that 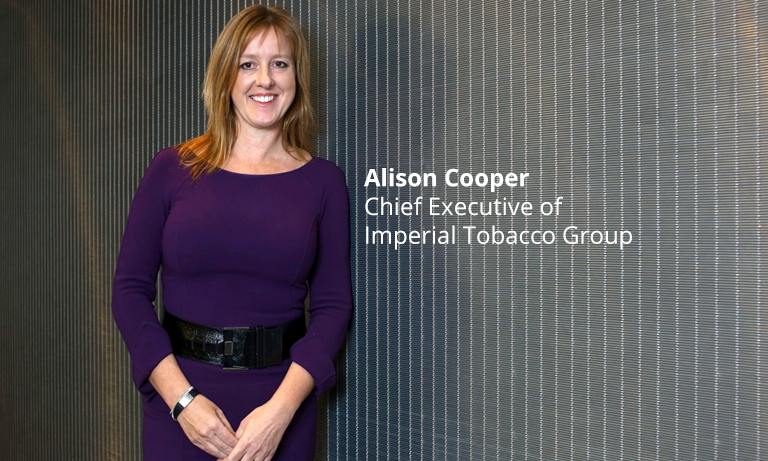 This down-to-earth ex-grammar school pupil enjoys the social and material benefits of leading a £26bn company, being as happy with her top-end sports car as her regular pint of Guinness

For evidence we need look no further than the FTSE 100, where just seven per cent of CEOs are female. Here, in no particular order, is a quick lowdown on each of the women fulfilling this role.

This down-to-earth ex-grammar school pupil enjoys the social and material benefits of leading a £26bn company, being as happy with her top-end sports car as her regular pint of Guinness. A maths and statistics graduate with a volunteer year in Kenya under her belt, it took Cooper just 11 years to progress from a role in acquisitions to CEO of one of the largest global tobacco companies.

Garfield is the youngest female on this list and two years into her CEO role. A recognised high achiever, this Liverpool-born Cambridge graduate spent time working in Europe before cutting her leadership teeth with BT. Married with two boys, she values time management and sharp decision making skills in both herself and others.

Considered to be the person who rescued Royal Mail, Canadian Moya Greene holds the dual title of first foreign and first female CEO of the company. She is also the lowest paid CEO on this list, having chosen not to take a pay rise since her appointment six years ago. Greene brings solid work and life experience to her current role, including proven abilities to hike company profits.

Another CEO with a solid education and experience of living abroad, McCall worked in education and advertising sales before taking on the easyJet CEO role in spring 2010. A solid, family-orientated woman, she is praised for the strong decisions that have turned the company around.

This top-class banker became CEO of the company that parents huge brands such as Costa Coffee in early 2016. Having experienced gendered assumptions in the workplace, Brittain fiercely supports equality and change.

Still only in her mid-40s, Walmsley will become CEO of the company she joined in 2010 with effect from January 2017. Armed with an Oxford degree and extensive experience of living overseas, she acknowledges the issues and skills necessary to balance work and family life.

Laury stepped into the role of CEO at Kingfisher – the owner of DIY favourite B&Q – in 2015, having joined the company in 2003 as a product designer. She attributes her success to her passion for work in the DIY sector; with over two decades of both domestic and international experience in this field, her success is well-deserved.