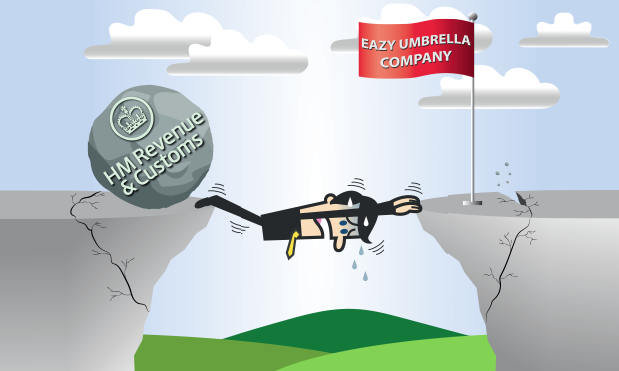 It’s no secret that the temporary labour market has been the focus of HMRC attention for many years, almost entirely due to the activities of umbrella companies which operate in the same area.

Umbrella, or to give the proper term, intermediary companies, reduce the employer costs involved in employing temporary labour, but many have gone one step beyond all moral or legal obligations. It is becoming clear that HMRC is on the verge of making one of the biggest changes to the way agency workers are paid since MSC legislation was enforced.

At the very least, overarching contracts of employment (OACs) will soon be disregarded for tax purposes. OACs often have a dual purpose seeking to keep workers outside Agency Worker Regulations, while conferring the right of tax relief on travel expenses to the worker that he would not have had, if he were employed by the agency.

PAYE umbrella companies will therefore provide no benefit to an agency worker if tax legislation is changed or amended in April 2015, but this does raise a more worrying issue.

HMRC left PAYE umbrella companies outside the amendment to agency legislation last year, because as an employer, it presumed that an agency worker’s payments are treated as employment income by the umbrella company, which means that PAYE is being paid.

HMRC also left PAYE umbrella companies outside MSC legislation when it was enforced in 2007, mainly on condition that no MSC provider is involved and the worker receives the same take home pay as if employed by the agency.

An MSC provider ‘facilitates’ and ‘promotes’ a tax avoidance scheme and to describe these terms, HMRC simply used the standard dictionary definitions, which are ‘to make easy’ and ‘to market or advertise’. While the whole point of an umbrella company is that the worker takes home more pay. So let me ask you this, can you recognise an MSC Provider, and can you understand the average umbrella company payslip? If not, you are not alone.

Few recruiters are tax experts, so many adopt a strategy of relying on compliance audits provided by different bodies which represent the industry. The ‘approved status’ such as the Institute of Recruiter’s ‘Safe Umbrella’ scheme, helps to determine which umbrella companies give a good service and are operating compliantly. Other unprofessional audit providers, use a compliance audit as a means to sell their own services, or are part of a group set up and run by umbrella companies to jointly promote their services.

Now more than ever, recruiters are stuck between a rock and a hard place, with HMRC on one side and umbrella companies and ‘legal eagles’ that are supposed to assist recruiters on the other.

Understanding HMRC legislation is the only way to throw yourself a lifeline and the good news is that you don’t need to be a tax expert to understand enough to keep your business safe.

I will be translating existing HMRC legislation and any forthcoming amendments in a series of articles over the coming months, but today you can make a start by asking yourself two questions.

It takes a salesman to know a salesman, so do you feel you have been sold a PAYE umbrella service by a promoter of some kind?

You may not be able to make sense of an umbrella company payslip, but can you divide the ‘Basic Pay’ figure shown on the payslip by the number of hours worked? This will often be recorded in a separate box; if the result is less than £6.50 per hour for an over 21 year old, the payroll process used has caused a breach of National Minimum Wage regulations.

The truth is that most compliance audits begin and end with the overarching contract of employment, a robust contract devised by a law firm will normally confound any action being taken under employment law. But we are talking about tax legislation here, and lawyers have far less understanding of tax law, so tend to either ignore or overlook the payroll processes used by an umbrella company. This is why the Institute of Recruiter’s ‘Safe Umbrella’ audit is made up of a panel of experts who work together to provide a comprehensive and accurate report on the real nature of the services provided by each umbrella company audited.

Many recruiters have already recognised there is a problem and have steered clear of problematic umbrella companies, but often it is not possible to remove an entire workforce from an umbrella company overnight. A solution is achievable, it won’t necessarily be easy, but it is far better to manage change, than be forced into a crisis situation in a few months’ time, when the Government announces what is in store.
By Carolyn Walsh

A stakeholder in HMRC, HM Treasury and Office of Tax Simplification consultations since 2004

Director of CWC Solutions Group which has been providing payroll bureau and employment intermediary services since 1999.