Recruitment ranks as the industry with the nastiest bosses 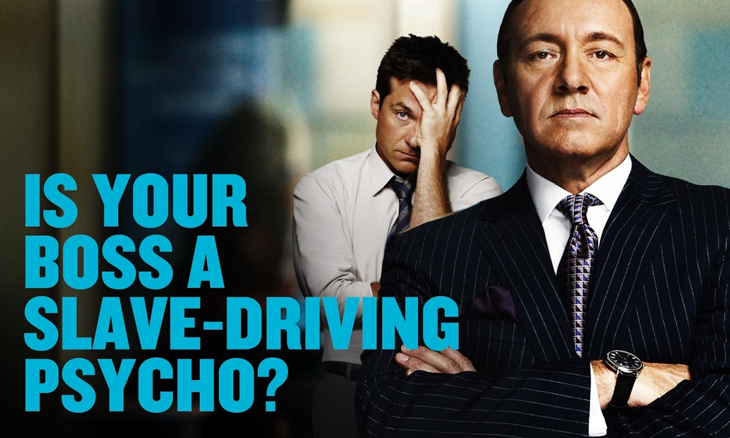 Research by business networking group ‘Approved Index’ has revealed that almost half of workers have left a job because they hate their managers.

The survey of almost 1,400 employees across 40 industries found that one third of employees feel a good relationship with their boss is more important than job satisfaction.

These results are concerning. With the developments in technology, it has become difficult for employees to disconnect from work when they leave the office. If on top of that, their working environment is sullied by a horrible boss, that’s a huge part of their day spent feeling miserable and stressed.

These are the jobs with the worst bosses, ranked from bad to worst:

10. Security – Half of the respondents quit their job because of a bad relationship with their superior.

9. Architecture – In a demanding job, with irregular working hours, requiring long studies and a good degree, 50 per cent of staff abandoned because of their manager.

8. Agriculture and Food – Over 52 per cent of those in the industry quit because of a disagreement with their boss.

7. Fashion – As famously portrayed by Meryl Streep’s character Miranda Presley in the Devil Wears Prada – the fashion industry is tough. With a lot of drama going on behind the scene nearly 54 per cent left because they couldn’t get along with their boss.

6. Entertainment – Some 55 per cent quit because of their bad bosses. Overall they didn’t like their empty promises.

5. Events – Nearly 56 per cent of staff said they quit because of a bad manager.

4. Accounting –   In the industry 61 per cent left because of their boss. Some 28 per cent said it was because they wanted their manager to understand they have a life outside of work.

3. Marketing & Pr – 63 per cent  left because of bad relationship with the manager. When dealing with their bosses respondents said the worst issues they had to deal with were under appreciation with nearly 41 per cent of respondents stating they felt a lack of recognition from their boss, followed by 40 per cent being overworked.

2. Travel and tourism –   Shockingly for an industry who has to deal with customers all the time, from travel agents to air hostesses, it is second worst place with 77 per cent unhappy with their boss.

1. Recruitment – Recruitment ranks as the industry with the nastiest bosses with a staggering 100 per cent of respondents from this profession stating they had left a job due to a bad boss.