Zero hours contracts essentially allow businesses to hire staff without any guarantee of work. The rationale is that these contracts respond to the… 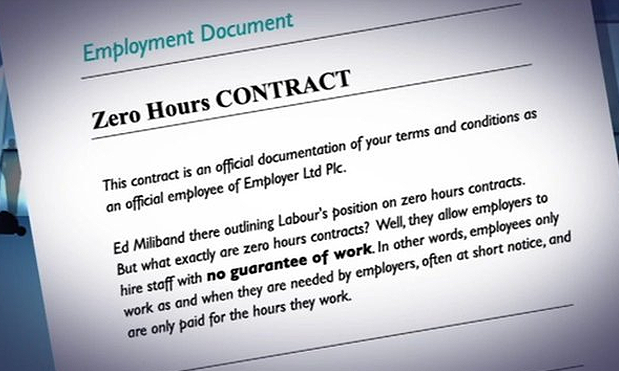 Zero hours contracts essentially allow businesses to hire staff without any guarantee of work. The rationale is that these contracts respond to the need for more flexible working. But what is the experience like for workers?

Zero hours contracts have been controversial ever since they were introduced. Recent research has identified some interesting facts about this form of engagement.

Firstly, nearly 50 per cent of workers on zero hours contracts have said that they would prefer to be unemployed. Opponents believe that this proves just how unattractive they can be from the individual’s perspective.

Around a quarter of all unemployed adults have been offered a contract of this kind, and up to half have turned them down. They fear the prospect of no work and the associated difficulty in accessing benefits.

This is an important factor: zero hours contracts are no guarantee that the individual will be better off than if they were on jobseeker benefits. More than half of those who rejected a zero hours contract said that they needed to be able to obtain a guaranteed income level in order to come off benefits.

For workers who have been unemployed for a prolonged period of time, this type of no-guarantee contract offers very little in the way of financial stability or the prospect of a regular job.

There is also a key trust issue here. Trust lies at the heart of the so-called psychological contract between employer and employee. And for the latter, zero hours contracts simply erode this trust. Performance, motivation and attitude diminishes as a result.

Over 44 per cent of people who have been offered, and then rejected, this type of contract have said that they would find it very difficult to trust an employer that offered it. This has important implications for employers dealing with broader issues of engagement and workforce performance.

Irregular hours simply don’t suit the majority of people. For the average person with a range of in and out of work responsibilities including a family, regular jobs are difficult enough. But without being able to plan working hours or even days, any semblance of a routine is very difficult indeed.

Thirty percent of those who rejected a zero hours contract said that the prospect of irregular hours was simply unmanageable, particularly given the impact on work / life balance.

Vulnerability is an issue that employers need to consider. Those workers who accept zero hours contracts tend to feel obliged. And they are very often those most in need of work and potentially the most vulnerable.

Research suggests that this applies to up to 70 per cent of people who have worked under these contracts in the past, and employers must thus remain mindful of their position as responsible businesses with a social and ethical role in the communities they serve.

Interestingly, studies suggest that a significant percentage of people don’t fully understand what these contracts actually mean, again linking into the vulnerability issue. Up to 30 per cent of people out of work in London are believed to fall into this category.

However, it isn’t all bad news. Around a quarter of people would take the contracts as a viable route into permanent employment, if they are keen to re-enter a full-time position. Those workers would effectively be prepared to work harder to make that all-important positive impression.

Negative media perceptions also play a role here, with highly emotive coverage of this type of contract. Some workers may have simply been deterred because of the tide of opinion.

Ultimately, for some individuals, these contracts are seen as a viable means by which to fill an employment gap and to access work in whatever way they can. Up to 70 per cent do so because they need the money, and around 13 per cent say that they would prefer to have any kind of job rather than relying upon benefits.