That increase in clients and confidence showed us that it was the right time to make the move. 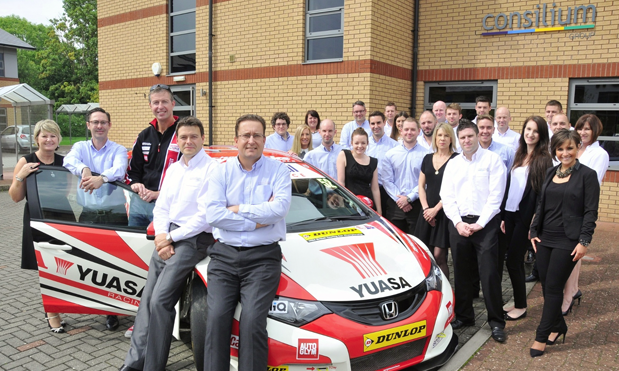 The firm can count major brands such as Jaguar Land Rover, Dyson, Shell and McLaren as clients.

A thriving West Midlands recruitment firm is set to create 20 new jobs over the next 18 months following a six-figure relocation of its headquarters to Stratford-upon-Avon.

Engineering and automotive specialist Consilium Group has ploughed £500,000 into purchasing a 4,000 square-foot, two storey office on Stratford’s Timothy’s Bridge Road following a strong period of growth and an unprecedented number of new clients across their key sectors of automotive, aerospace, engineering and energy.

The firm, who can count major brands such as Jaguar Land Rover, Dyson, Shell and McLaren as clients, has made the move from rented offices in Alcester’s Springfield Business Park and say the investment into the re-named ‘Consilium House’ will see them almost doubling their 30-strong team with 20 new appointments by early 2016.

Attention Recruiters:
You’re missing out! You earn more if you join SplitFee.org
Join for FREE now!

Russell Tuck, Director of Consilium Group, said: “Business in the region’s automotive, manufacturing and engineering sectors continues to thrive and that has meant employers seeking more staff with the right mix of essential skills.

“That increase in clients and confidence showed us that it was the right time to make the move and purchase a larger, more accessible premises. It’s a large scale investment but one which will ultimately allow us to expand our own workforce and bring more recruitment jobs to the region.

“Stratford is a fantastic location. It’s in the heart of the country and on the doorstep of the motorway network which makes it an ideal location for our headquarters. I am certain the move will provide a terrific springboard for us as we move into a really exciting future.”

They were officially opened by Stourbridge-born touring car driver Matt Neal, the three-time British Touring Car Championship winner who now races as part of the Honda Yuasa Racing Team. Neal, 47, won the championship in 2005, 2006 and 2011.

Russell, added: “To have Matt come along to officially open our new offices was fantastic. We have close links with the automotive industry so to welcome a triple British champion to Stratford was the icing on the cake for the team.”

Consilium was formed in 2001 and earlier this year it was voted one of the UK’s best places to work, coming ninth in the Great Place to Work Institute’s best small business category.

The firm also has an office in Stourport-on-Severn, Worcestershire.