The company announced that it was going into administration last month 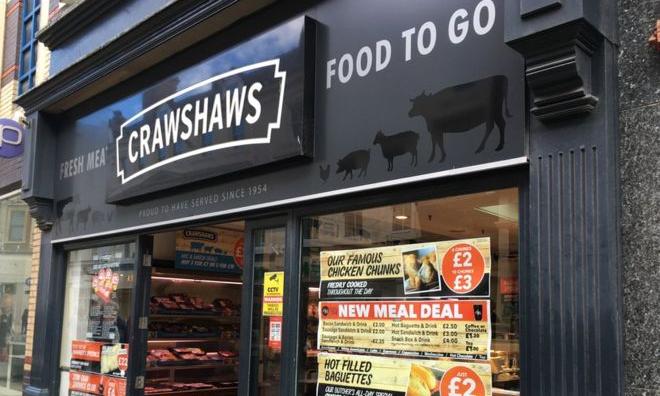 With over 50 stores across the North of England, Crawshaws butchers has been a consistent and reliable provider of fresh meats since its humble beginnings in 1954.

However, the company announced that it was going into administration last month. Crawshaws admitted that it was unfortunately unable to raise sufficient funds from its investors to put towards restructuring the business, putting 600 local jobs at risk.

Crawshaws is not only known for providing fresh, top quality meat products – it is also providers of ‘Food-To-Go’ produce. Its Food-To-Go range incorporates such handy items as pre-made curries, stews and whole cooked chickens. This range isn’t just a useful and easy option for the customer, but it also means that Crawshaws has been providing a large range of roles and job opportunities for even more staff than just those front-facing, customer service roles within the butchers shops themselves.

On its website, Crawshaws stated that it had “not been successful in raising sufficient capital” in order to tackle current major financial difficulties. The company had said that it was trying to raise further equity in an attempt to salvage the business, hoping to help it grow further and increase profitability. It had hoped that it would be able to look at restructuring the ‘traditional high street’ shops.

The meat retailer is an important employer across the Midlands and beyond, with a total of 42 stores on local high streets and 12 factory outlets. Crawshaws serves communities in areas such as Manchester.

Between January and July of this year, Crawshaws revealed that their total revenue was £21.6 million, with their pre-tax loss being £1.7 million.

The board of directors made the decision to put Crawshaws into administration, with the view to firstly assign administrators, who will begin the task of finding potential promising buyers of the business and its corresponding assets. The administrator’s main focus will be to leverage Crawshaw’s assets and its business to repay debts to its creditors as fully and quickly as it possibly can, without preference. This will usually be done within a period of 2 months.

In November, the retailer announced on its website that the administrators have been appointed. R H Kelly and C G J King will be Joint Administrators of Crawshaw Group PLC, Crawshaw Butchers Limited, East Yorkshire Beef Limited and Gabbotts Farm Limited (all coming under the umbrella title of Crawshaws).

All of Crawshaws shares are currently suspended from London Stock Exchange trading on the junior Alternative Investment Market (AIM).