All claimants who now bring a claim before an Employment Tribunal have to pay an issue and a hearing fee. 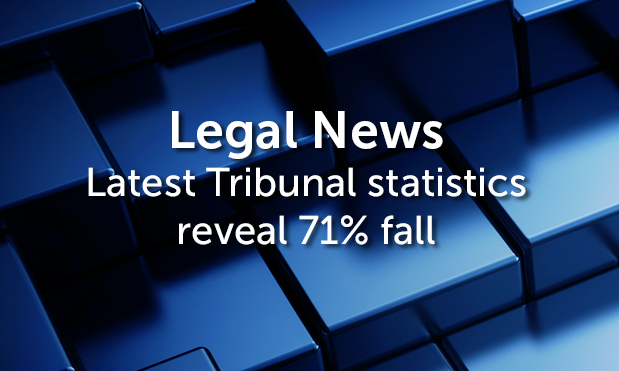 The Ministry of Justice has released the latest statistics for the number of employment tribunals between April and June 2014.

The figures show that Her Majesty’s Courts & Tribunals Service recorded 74,400 receipts in the period – 71% lower than the same period of 2013.

Compared to the first three months of 2014, single claims in the second quarter of 2014 were down one-third.

The latest statistics have been eagerly awaited as they cover the period when ACAS Early Conciliation was introduced. The early conciliation scheme has made it compulsory for employees wishing to lodge a tribunal claim to first notify ACAS. Early conciliation became available in April 2014 and from May, the requirement to notify ACAS became compulsory.

It is also argued that the latest statistics demonstrate the impact of fees for employment tribunals which were introduced last year.

All claimants who now bring a claim before an Employment Tribunal have to pay an issue and a hearing fee. The amount payable depends upon the nature of the claim, but common claims such as unfair dismissal, discrimination and whistleblowing cost £250 to issue, with a further £950 fee should the matter proceed to a full hearing.

As readers of our bulletin will be aware, Unison has launched a legal challenge on the impact of fees arguing that fees indirectly discriminate against protected groups such as women, ethnic minorities and disabled people and are unlawful. The High Court had said that the challenge was premature as there was not sufficient data to show what impact fees had on the numbers of people bringing claims.

The case is due to be heard by the Court of Appeal within the next couple of months and, armed with these latest figures, if fees are judged to be unlawful, the Government has agreed to reimburse all the costs and will be expected to change the system.

Early this month, the Labour Party announced that it would abolish employment fees if it were elected.
These figures come as no surprise and reflect a downwards trend in employment tribunal numbers.

Many will attribute the fall to the introduction of early conciliation in April, but Unison, which is currently involved in a legal challenge about the impact on fees, will no doubt believe it adds weight to its argument that fees indirectly discriminate against protected groups such as women, ethnic minorities and disabled people and are unlawful.

Recent calls by the scrapping of employment tribunal fees by the Labour Party need to be balanced by the needs of business, but we believe the time is right to review the systems and ensure it is operating in a fair way for all.