According to ACAS’s statistics, it has conciliated in a total of 37,404 cases. 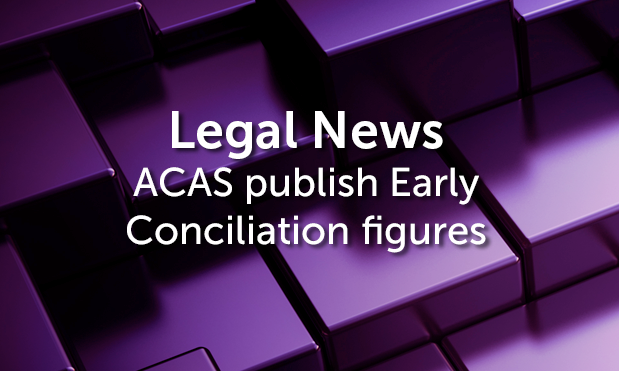 As our readers will know, since 6 May 2014, it is mandatory for a Claimant to submit an Early Conciliation Form to ACAS before he/she can bring a claim at the Employment Tribunal (although limited exceptions apply). If the parties are willing to conciliate, an ACAS officer is appointed to try and reach an agreement and avoid further litigation where possible, saving time and cost for all parties.

If, after the Claimant has contacted ACAS, the parties do not wish to conciliate, then the Claimant will simply be issued with an Early Conciliation Certificate and can proceed to issue a claim.

The six month statistics also show the outcome of Early Conciliation cases brought in the first quarter (i.e. April to June 2014). 18% of cases were settled. Out of those not settled, employers will be interested to know that the majority of cases (58%) did not proceed to the Employment Tribunal. Only 24% of Early Conciliation cases where a settlement has not reached were then pursued further to the Employment Tribunal.

The statistics show that whilst many Claimants may be happy to use the free ACAS Early Conciliation service, they may not be prepared to pay the Employment Tribunal fees to proceed with their claim.

Generally, employers are seeing far fewer Employment Tribunal claims. Whilst it is felt that this is mainly due to the fees regime, it is clear from the figures that Early Conciliation is also playing a part, with almost 1 in 5 claims settled at the Early Conciliation stage.

There are clearly some benefits for both parties in engaging at the Early Conciliation stage and it seems most parties are attempting to do so.

Since the commencement of Early Conciliation, a concern for employers has been the issue of time limits. Prior to Early Conciliation, if an employer had not received notification of a claim after the 3 month limitation date had passed, it could (quite safely) assume that was the end of the matter.

Given that Early Conciliation has the effect of “stopping the clock” for limitation purposes (and the rules surrounding this are fairly complex) it can be difficult for employers to know when a claim may appear and, further, whether a claim is “out of time” or not. We are likely to see litigation on this issue in the future and, where in doubt, recruiters who act as employers should take advice.