Recruiters who act as employers, when drafting settlement agreements, a settlement sum being “tax free” can aid negotiations and encourage settlement. 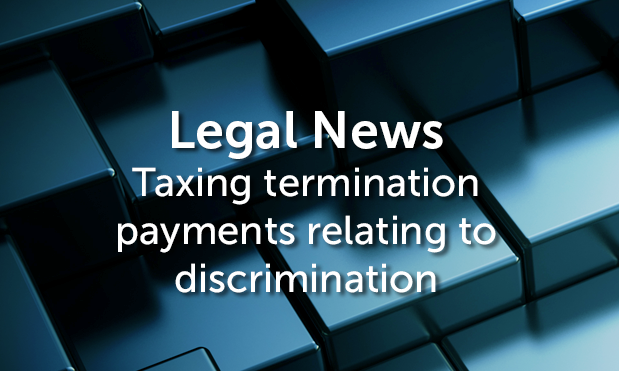 Recruiters who act as employers should ensure that their standard settlement agreements contain a tax indemnity clause.

A recent case has reminded both employers and employees how termination payments relating to discrimination should be taxed.

Sections 401 and 403 of the Income Tax (Earnings and Pensions) Act 2003 (“the Act”) provide that, payments or benefits received in consequence of, or otherwise in connection with, the termination of a person’s employment are taxable, save for the first £30,000 of such a payment, which is tax free.

HMRC advises that compensation payments that are for discrimination that occurred prior to termination (and are unrelated to it) arewholly exempt from tax. However, if the compensation payment is for discrimination which can be connected with the termination, then it will be taxable as per section 401 and 403 of the Act above (i.e. up to £30k tax free, the rest taxable).

In the above case, Mr Moorthy was a dismissed from his employment for reason of redundancy. Subsequently, he commenced Employment Tribunal proceedings, claiming unfair dismissal and age discrimination. The matter was settled by way of compromise agreement (now known as a settlement agreement), under which Mr Moorthy received £200,000 as “an ex gratia sum” for “compensation for loss of office and employment”.

Mr Moorthy believed the sum was a compensation for discrimination prior to termination and confirmed to HMRC that the sum was not taxable.

After investigation, HMRC concluded the sum was taxable under section 401/403 of the Act, with the first £30,000 tax free, but the rest subject to income tax. HMRC also confirmed further a £30,000 tax free “concession” (perhaps a nod to Mr Moorthy’s claim of alleged discrimination).Mr Moorthy appealed the decision.

The First-tier Tribunal upheld HMRC’s assessment and confirmed that the sum was subject to tax as per section 401/403. This is because the Tribunal found as a matter of fact that the alleged discrimination related to the act of termination itself (the redundancy) and not to discrimination predating the termination.

Further, unfortunately for Mr Moorthy, the Tribunal could not find any legal basis (and did not have jurisdiction) to replicate or permit the further £30,000 concession.

For recruiters who act as employers, when drafting settlement agreements, a settlement sum being “tax free” can aid negotiations and encourage settlement.

In any event, to protect themselves, recruiters who act as employers should ensure that their standard settlement agreements contain a tax indemnity clause, requiring the employee to reimburse to the employer any tax which becomes payable to HMRC.