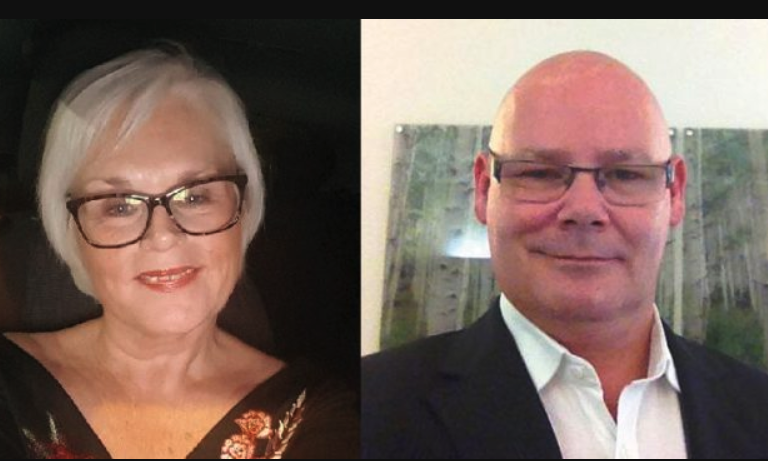 David Montague and Jane Simpson (pictured above) said they had been “approved by Skills First Awards” for the delivery of a number of qualifications, when they hadn’t

The government has written to a new training firm demanding it stops claiming to high-profile employers it can deliver apprenticeships.

Thomas Cook Airlines and a McDonald’s franchise are among those to have had approaches from Apprenticeship Partners, which was set up by David Montague and Jane Simpson in August (pictured above).

Emails from Montague to learners and their employers, seen by this newspaper, assert that his new firm is “able and ready” to provide apprenticeships. “I can assure you, that we would not be offering any services that we are not able to fulfil,” he said in one message.

“We have not, nor would we mislead any of our customers”  – David Montague

The company’s website also states that “we offer a number of apprenticeship courses” and lists over 20 standards it can supposedly deliver, which include business management, customer service, human resources, recruitment and sales sectors.

In a further attempt to lure apprentices and their employers to train with Apprenticeship Partners, the owners said they had been “approved by Skills First Awards” for the delivery of a number of qualifications, when they hadn’t.

They were even using Skills First’s logo on their website, but when the awarding organisation became aware of this they ordered Apprenticeship Partners to immediately take it down.

Montague told FE Week that Apprenticeship Partners has “not, nor would we mislead any of our customers and furthermore, would not act in an unethical manner”.

“We have written to this company and instructed them to remove any information from their website and other media which suggests they are approved to deliver apprenticeships,” she added. 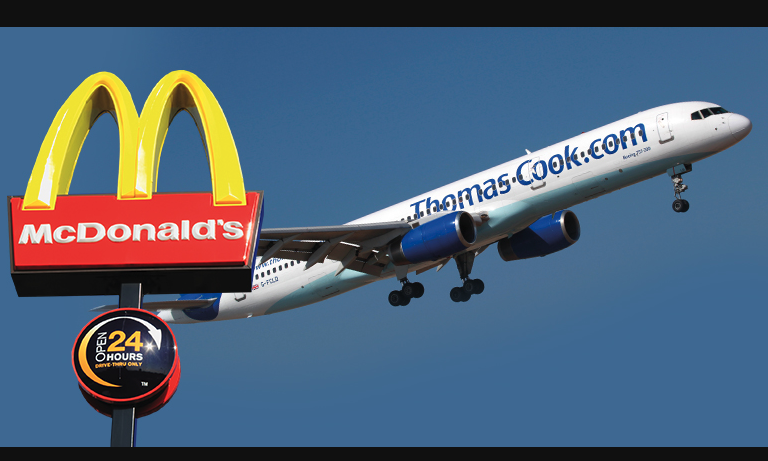 Brian Leslie-Willetts, the apprentice manager at Thomas Cook and Roger Khoryati, the managing director at MCD Manchester, which operates 10 McDonald’s franchise restaurants have also commented on this

Brian Leslie-Willetts is the apprentice manager at Thomas Cook, which collapsed earlier this month. He told FE Week that prior to this, Montague contacted two of his apprentices directly to say he had left BIOR but could “pick up your learning” at Apprenticeship Partners.

And “when the news came out about our insolvency, we got a further message to say ‘we’re really sorry to hear this’ and ‘I can help support you with continuing apprenticeships’”.

Leslie-Willetts said he was concerned that his apprentices were being “contacted directly and provided information that we have since found out is false”.

Roger Khoryati, the managing director at MCD Manchester, which operates 10 McDonald’s franchise restaurants, also said his apprentices were contacted via “private” email addresses by Montague informing them that his new training provider could deliver their training.

One apprentice challenged Montague after he claimed that his new company only needed to partner with a provider that is on the RoATP to deliver apprenticeships, asking which provider it had linked up with.

Montague claimed this was New Trent College, which is also not on the RoATP. Its parent company, Trent Education Centre, is however on the register as a main provider.

A spokesperson for Trent Education Centre explained it had been approached by Apprenticeship Partners some weeks ago claiming to know of a number of apprentices who wanted to transfer to a new provider.

Apprenticeship Partners was looking to deliver the provision itself via a subcontract relationship, according to the spokesperson.
After Trent Education Centre advised that they couldn’t do this, as Apprenticeship Partners is not on the RoATP, they began negotiating a role in which Montague and Simpson could join the provider as assessors.

The director general of BIOR, Azmat Mohammed, told FE Week that his provider has “evidence that Apprenticeship Partners are soliciting BIOR Business School learners using email data that could only have been obtained by criminal means, not in the public” domain.

“We have reported the theft of this data to the Information Commissioner’s Office and have emailed Apprenticeship Partners informing them that they have committed a criminal offence by using this stolen data and requested they destroy the data with immediate effect,” he added.

“We also stated that any further use of this stolen data will result in criminal prosecution.” Montague said no information has been used as a “direct result of ‘stolen’ documents”, adding that the details of individuals he’s contacted “are in the public arena”. However, FE Week has spoken to multiple employers contacted by Montague who say their contact information is not in the public domain.

One prime provider that BIOR works with is East Sussex College Group. After they became aware of the practice at Apprenticeship Partners, they reported it to the Education and Skills Funding Agency.

The college’s executive director for strategic partnerships and engagement, Dan Shelley, told FE Week: “ESCG takes any issue or concern about subcontracting very seriously, especially in instances like this. I can confirm that ESCG has shared concerns with the ESFA.”

Montague said any employer or learner that has decided to work with his new firm has “made that decision based on evidence of provision of the services and without coercion from any individual from this organisation”.

When FE Week pointed out that all subcontractors must now be on the RoATP to deliver apprenticeships, Montague said they had applied to the register. He did not say when this application was submitted, nor did he explain why he had been telling apprentices and employers they were already approved.

He also claimed that the emails seen by FE Week are “at best fabricated and at worse, absolute lies”. This newspaper has spoken to the people who received the emails who confirmed they were sent by Montague.