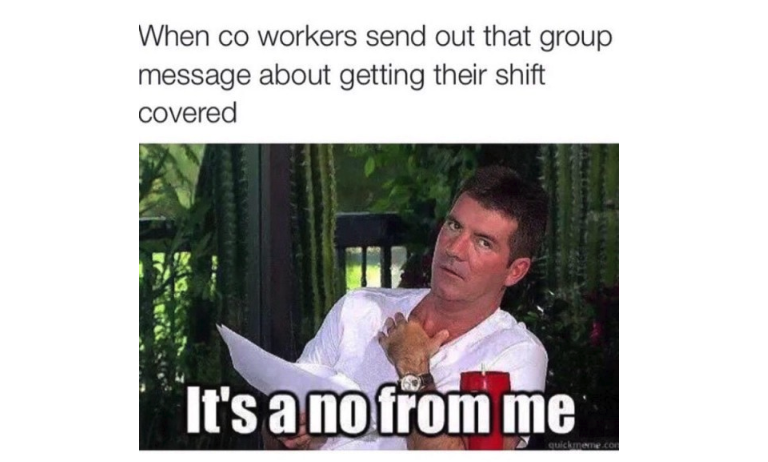 Poor personal hygiene, smelly food and smoking breaks are cause of frustration for UK workers

Bad luck for those named John, Sue, Dave and Sarah, who were voted some of the most annoying people to work alongside, according to a new study.

The research, conducted by online print provider, instantprint, surveyed 1000 UK employees to discover more about our co-workers, their bad habits and what irks us the most about those we spend on average 7.5 hours a day working alongside.

Whilst it was a close call when it came to who was deemed to be the more challenging to work alongside, men claimed the crown, with more than half (56%) of those surveyed stating as such, compared to women (40%).

Unfortunately for some, UK workers were all too quick to name and shame their irritating colleagues, with names such as Mark, Paul, Alison and Jane all claiming a place in the top 10.

Top 10 most irritating men to work alongside

Top 10 most irritating women to work alongside

Naturally, working in such close proximity with others will result in friction at one time or another, however, more than 7.9million UK adults shared that they were annoyed by those they worked with every single day.

These annoyances can have a tangible effect on businesses, with one in three workers saying they have a directly negative impact on their productivity.

However, it seems that the majority of Brits are no shrinking violets, as almost 60% of us admit to confronting our colleagues about said issues, regularly letting those around us know when something has touched a nerve. That said, more than a third of us (41%) still shy away from doing so, instead opting to keep the peace and suffering in silence.

When asked to divulge the “quirks” of co-workers that caused their blood to boil the most, common workplace occurrences such as poor personal hygiene, eating smelly food in the office and abusing smoking break privileges were found to be some of the loathed traits of others.

Physical attributes aside, the research also discovered there were several overused workplace phrases that can rub us up the wrong way. Certain language choices used within the office can often make it feel like you’re playing a daily game of bullshit bingo, and phrases such as the passive aggressive email sign off “regards”, “it’s on my radar” and “hit the ground running”, were named some of the worst culprits.

Members of Senior Management were found to be guilty of causing the most frustration in our working environment, as almost a third (30%) of respondents stated that they are those most likely to regularly put their backs up. Those working in the Customer Service (17.3%) side of the business followed, with those in IT (13.1%) and HR (12%) close behind.

James Kinsella, Co-Founder and CEO of instantprint, commented:
“It seems we’re a nation of easily irritable workers, with even the simplest of things tipping us over the edge – which was certainly insightful from the data.

“Everyone has their faults both in terms of actions and reactions, and for the most part, you’re unlikely to be able to pick your co-workers, and so it’s inevitable that there will be workplace bickering at some point. As long as it’s kept to a minimum and doesn’t result in bigger levels of drama then there’s usually no cause for concern.

“What was particularly interesting is that the majority of Brits are happy to work out any issues amongst themselves, which is great to hear, but as an office manager or business owner, it’s key to encourage harmony amongst your colleagues, whether that’s through being selective about those you hire from the get go or organising regular socials or team-building exercises, it all helps to keep the peace and bring colleagues close together.”