What are the key factors that influence the currency exchange rate each and every day? 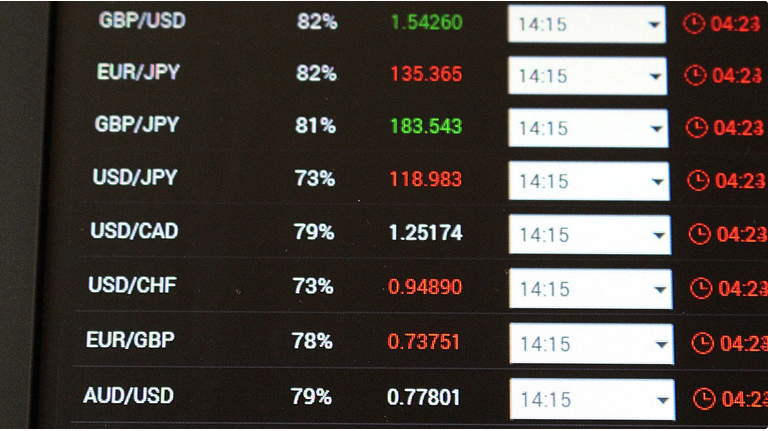 Economic health came under increased scrutiny through 2020, as the coronavirus pandemic swept across the globe and wiped an estimated 4.9% from the world’s economy.

There are a number of ways in which you can gauge a nation’s economic prosperity, of course, with the so-called “currency exchange rate” one of the most influential. This refers to the value of one nation’s currency against others, with the forex market seeing currencies traded in pairs according to constant, real-time price fluctuations.

But what are the key factors that influence the currency exchange rate each and every day? Here are three of the most important.

1. The Rate of Inflation

Inflation refers to the rate at which prices increase over time, resulting in a fall in the purchasing value of money as a result.

Lower inflation is typically indicative of a relatively healthy overall economy, while it tends to support a rising currency value with increased spending power relative to other assets in the forex marketplace.

Throughout the 20th century, economic powerhouses such as Switzerland, Japan and Germany displayed consistently low inflation rates, while the rate in nations such as the US and the UK has fluctuated considerably.

As inflation rates rise, however, the value of a nation’s currency tends to depreciate. This may be accompanied by increased interest rates, which also have a considerable impact on the value of national currencies.

2. The Base Interest Rate

There’s undoubtedly a strong and demonstrable correlation between the rates of inflation, interest and exchange rates, which is partially why each three are such strong economic indicators.

A country’s base interest rate is usually set as a key element of monetary policy, usually in line with the wider economic climate. In 2020, for example, most nations slashed their base rate as part of wider quantitative easing measures, in response to the economic damage caused by the coronavirus.

This had the impact of lowering and undermining respective currency prices, as international demand declines and capital inflows are reduced. Conversely, higher interest rates offer lenders in any economy a higher return relative to other countries, attracting foreign capital and causing the exchange rate to rise noticeably as a result.

This is why tools like the economic calendar are so popular amongst forex traders, as they enable investors to monitor key data releases (including the details of monetary policy) and tailor their strategies as a result.

The currency account refers to the balance of trade between a country and its various trading partners, reflecting all payments made between nations for services, goods, dividends and interest.

Simply, if one country has a deficit with another, this means that it’s spending more on foriegn trade that it’s earning. This also indicates that it may be borrowing capital from foreign sources to make up this deficit, allowing a higher debt-to-GDP ratio to develop over time.

This also translates into an excess demand for foreign currency, which lowers the nation’s exchange rate until domestic goods and services become cheap enough for overseas investors.