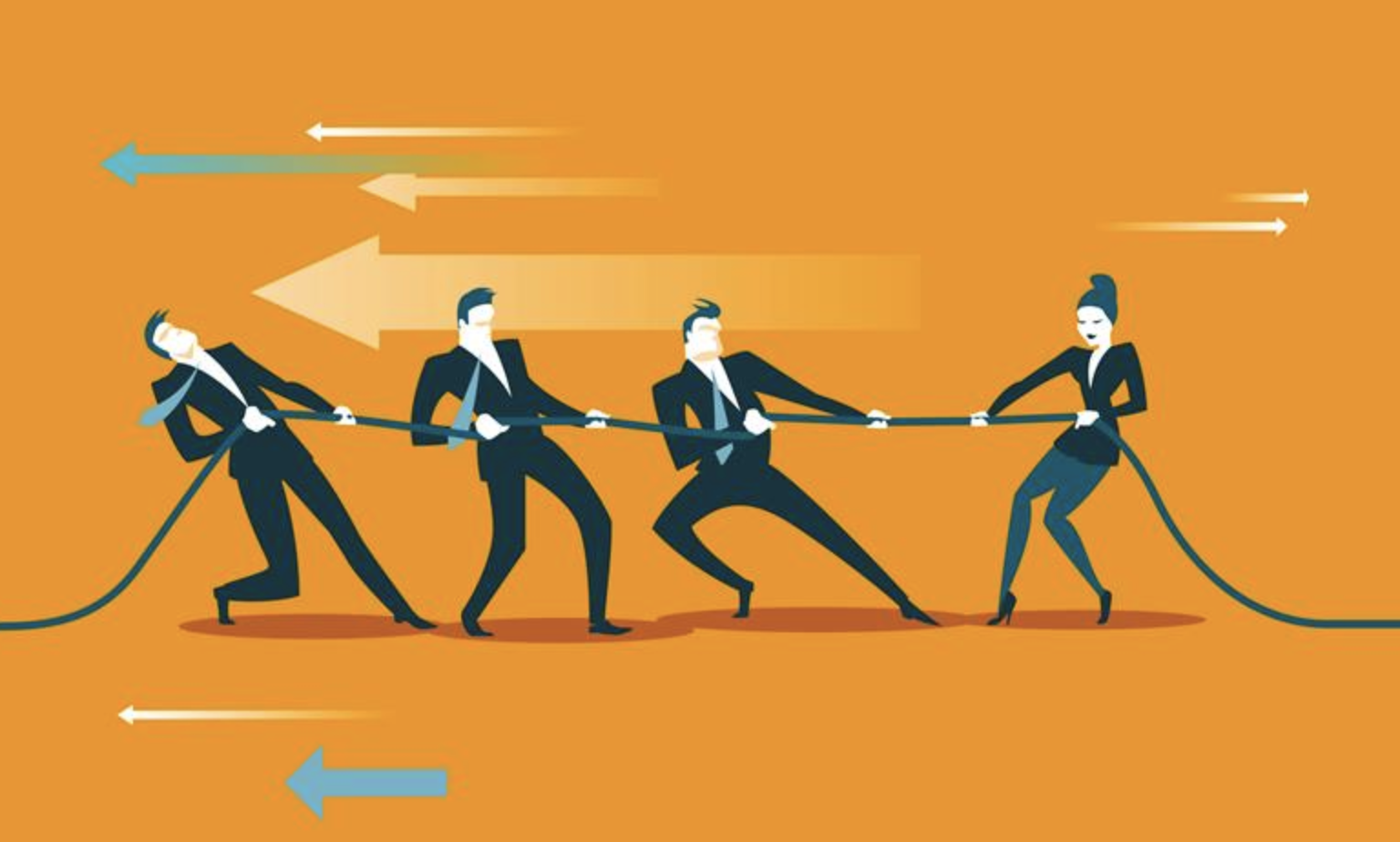 Cities in the South see the biggest gender pay divide, while six out of ten spots in the least sexist cities list belong to northern regions

New research from leading job search engine, Adzuna, reveals the nation’s most sexist cities, with Hereford having the biggest gender pay gap in the UK.

The study, which was conducted in October 2019, analysed over 770,086 CVs of recent job-seekers using Adzuna’s ValueMyCV tool, to reveal the average earning potential of men and women in different locations to expose the largest gender pay divides.

While men typically earn more than women across the UK, Hereford is the city with the widest gender pay gap, with men earning an average of £37,035 compared to average female earnings of £25,056 (-32%). 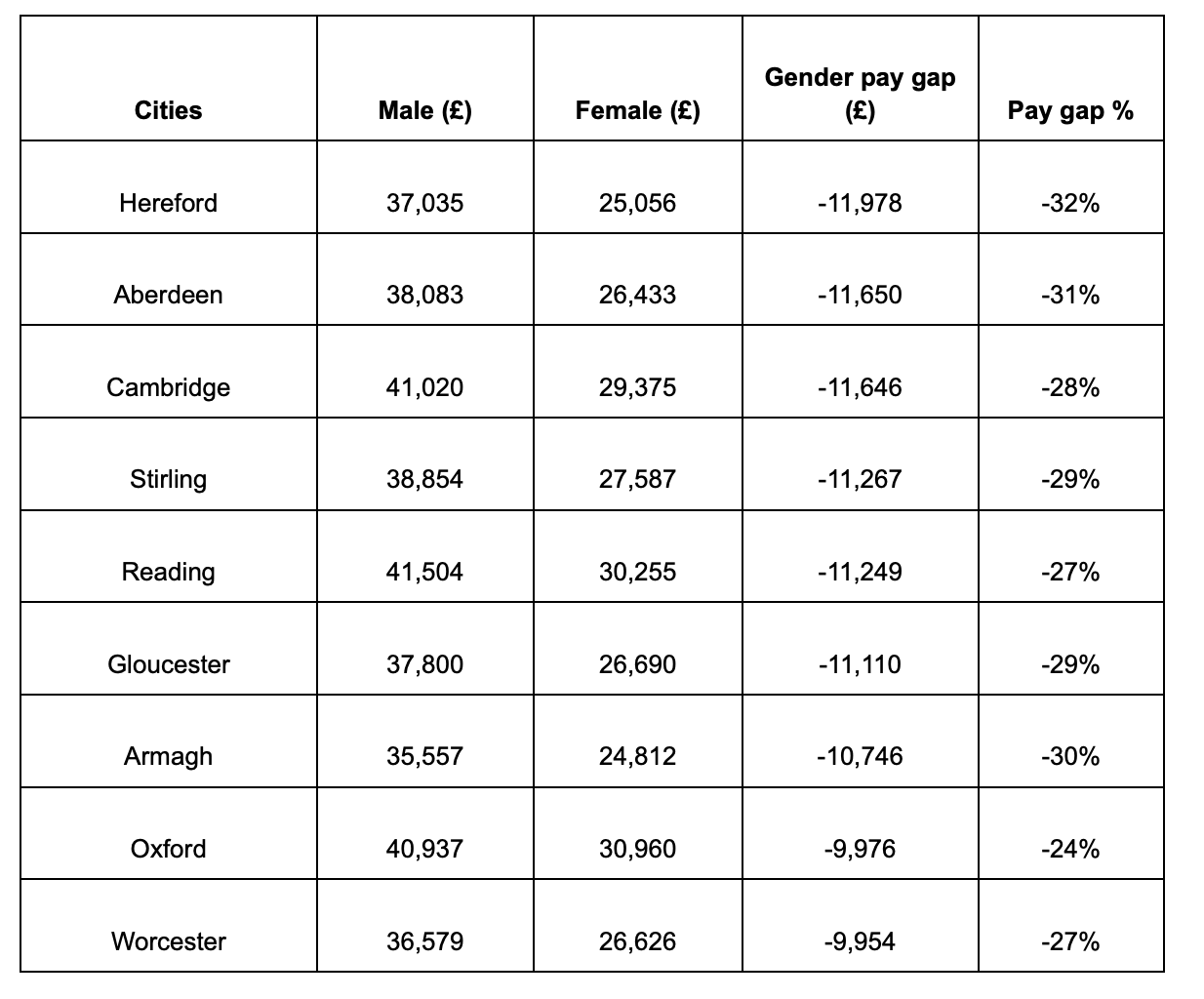 Overall, data shows northern cities have a smaller gender pay gap than those in the south, with six out of the ten cities with the smallest gender pay gap being in the North. 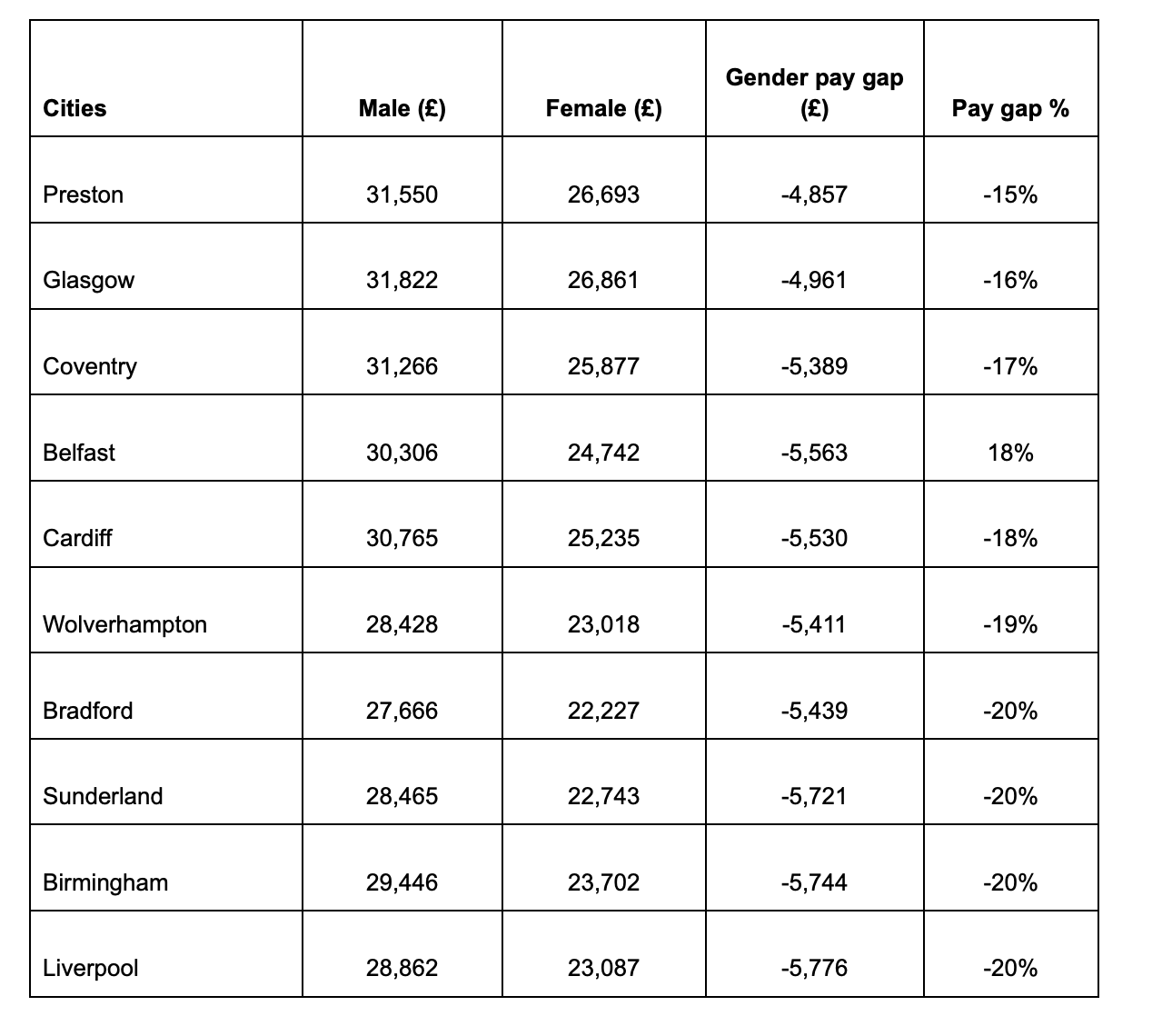