How to become a Jedi Master of interviewing and hiring

Rick Smith says if he had to go back in time and give his 25-year-old self advice on recruiting, this would be it 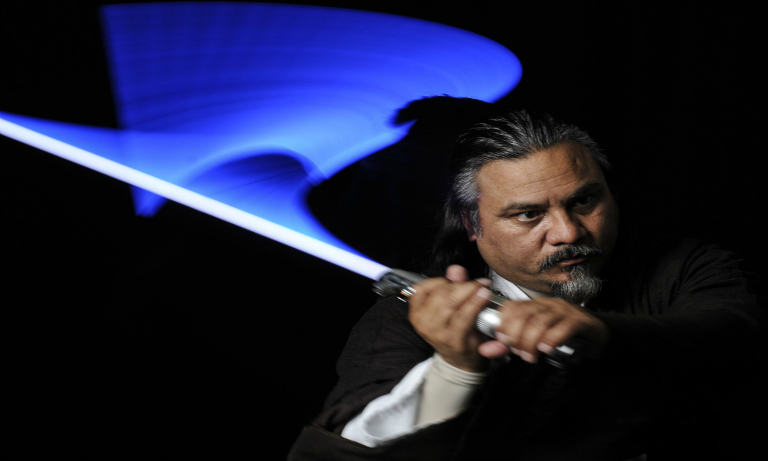 During the course of 23 years building a billion-dollar company, he has interviewed thousands of people for hundreds of jobs. Through sheer trial and error, he has become a seasoned judge of talent. However, it didn’t begin this way.  When he first started his company, TASER, he was terrible at hiring.

Yes terrible.  He accounted his successes to be based on huge amounts of luck.  As luck would have it, his company grew from a garage to being publicly traded on the stock exchange. But he says those were tough years, made worse by the fact that he had absolutely no idea how to go about hiring great people. But those were gruelling years, made far worse by the fact that I had only the foggiest sense of how to hire great people.

He likened the task of recruiting to eating your vegetables: something we all know we have to do, but that we avoid, or do against our will. It’s tedious, time-consuming, and mind-numbingly administrative. It’s less sexy and less fun than making big-picture strategic moves and bold product choices. And, worst of all, every hire you make drains money out of your pocket.

He said that if he had to go back in time and give his 25-year-old self, one piece of advice, it would have been to eat more vegetables and eat them sooner—that is to say, make hiring his number one priority.   The hiring process is slow, you need to take time build up a great network of people to track the amount of time he spent on hiring with the same intensity as their revenue and cost numbers. Ultimately, this would have saved time and unnecessary grief and in turn, grown his business.

Smith highlighted 7 things he would have done differently:

1) Start with substance.  Most interviews begin something like this, “So, tell me a little about yourself.” You’ve now given away home field advantage. When a candidate begins by talking about their background, you’re getting a picture of the candidate that they have spent decades painting. More cynically: you’re getting spin. It might seem counterintuitive, but avoid talking about an interviewee’s background. Just dive right into substance.

2) You’re not trying to make a friend. Treat interviews as an examination, not a conversation. Rick says he is a people-person, always looking for the best in everyone and can easily strum up conversation with most people.  It’s a good trait to have, but a real liability within the interview process.  You’re trying to find the best talent, not a best friend. It wasn’t until he let this sink in that he started treating interviews like the exams that they are—and himself more like the proctor he needed to be.

3) Ditch the jargon.  Keep it simple.  Smith quoted Einstein who famously said, “If you can’t explain it simply, you don’t understand it well enough.” This is especially true with technical candidates.  Even if he understands the jargon they’re using, he will still ask them to explain their answers in plain English. “How would you tell that to my 10 year old daughter?” is one of his favourite questions to use.  The best candidates can answer the question to suit all audiences, the worst bumble in the maze of their jargon.  He says their inability to distill concepts betrays a lack of fundamental conceptual understanding in the first place. In Kurt Vonnegut’s famous article on “How to Write with Style”, six of the seven points he made boiled down to a defense of simplicity. Clear communication is clear thinking, plain and simple.

4) Ask some irrelevant curve ball questions.  Think about the questions kids ask – an endless supply of absurd questions – but ones they actually want you to answer! Smith gave an example of this technique which he uses when interviewing seasoned executives auditioning for jobs at TASER. Some of his favourites are, “Explain why there are four seasons”; “Draw me a picture of the relative positions of the sun, moon and earth when the moon is full”; “Why is the sky blue?”.   Although he is sometimes met with a questioning eye, he uses this process to judge the interviewee’s reaction to the question, as much as the actual answer.  Do they laugh and go with the flow? Or do they panic, put up a wall, or lash out because they feel uncomfortable? How they deal with a curve ball provides invaluable intelligence about a candidate.

5) Avoid memorisers. Candidates who are memorising their script for the interview are dangerous: they can gussy up their experience and paint a fantastic picture of how much they know, leading you to believe they have a certain independence of mind and spirit. But beware: Memorisers are pretenders, regurgitating knowledge and reading from a script. Confronted with a brand-new problem or sticky situation, they crumble. They hate being challenged, and they will, if left to their own devices, lead you with great confidence in the wrong direction.

6) Use the stress test. Work is stressful & you will need to know how the candidate deals with tasks when under pressure.  No matter how solid your team or how good your product, you’ll face conflict and disagreement.  Smith’s solution is to perform a ‘group interview’. Candidates prepare ‘homework,’ a skills test relevant to the job. A lawyer might be asked to prepare a brief and argue it; a sales candidate, a sales presentation, and so on. Before they let them begin their presentation, they throw a curve ball as mentioned previously, perhaps asking a brain teaser or ‘blue sky’ question.  In front of a crowd these questions are brutal.  Smith says they push the candidate until they know they are stumped and then ask them to proceed with their presentation.  Can they keep themselves cool, calm and collected? Some will buckle under the pressure and Smith recalled one candidate actually began belittling the interviewers—the people deciding whether or not he got the job. Ironically, he was their top contender, but when they saw his true colours under pressure, they saved themselves a huge (and expensive) mistake.

7) Stage a debate.   This could be a delicate tactic.  Smith asks their candidates to choose a side on a legitimately controversial topic on which they have a strong opinion.  They then have them present that argument. Abortion, gun rights, separation of church and state—the more controversial, the better. They make it clear first that they are open-minded and no-one will be judged on their point of view.  The purpose of the exercise is to see how they approach emotionally-charged topics. Then we have someone on their team takes the counterpoint. Or, once they’ve made their case, they ask them to make the opposite one: if they’re pro-gun, take the anti-gun position. Sensitive issues are a part of life, and a part of work too.  How the candidate addresses these topics and how much empathy they show their opponents can only be revealed with emotions are running high.  Some candidates do take offense if they think this to be inappropriate, but then they know they won’t fit within their organisation.  They seek talent who enjoy being challenged and have the confidence to say when they may not know the answer, of course gracefully!

Smith’s key message is that ‘a good interview should be about as much fun as a thorough medical exam’. And, counterintuitively, the best candidates appreciate the rigor. At the end of the day, they feel like they have accomplished something, and when they get the offer, they really feel as though they’ve earned it. In turn, they share a “right of passage” with their teammates, knowing that all new employees have run the same gauntlet to earn their place on the team.