Women are still the minority in careers such as engineering, construction and transport. How can we help redress the balance? 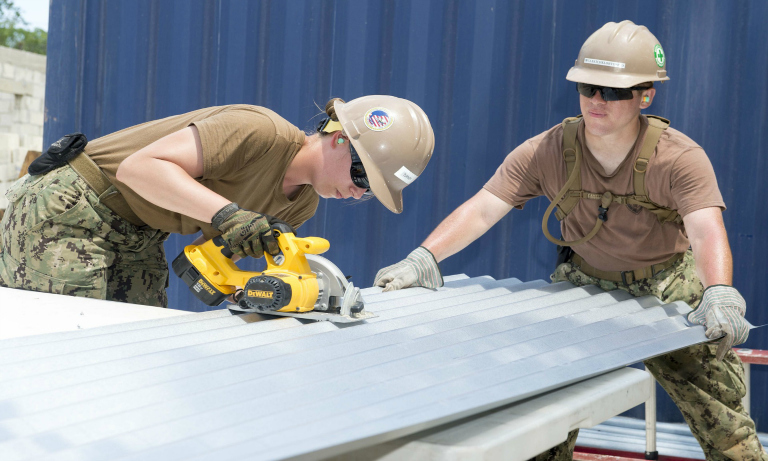 “We know that for engineering there’s such a massive skills requirement over the next few years. Currently one in five schoolchildren would have to become an engineer to fill that gap,” says Mark Gale, campaigns manager at Young Women’s Trust which this week released a report into the problem.

The number of female engineering apprentices has in fact decreased from 5% in 2002-03 to 4% now. “So despite all that investment in trying to get young women into science, technology, engineering and maths workplaces, it’s not really having an impact,” adds Gale. “We want to see employers take positive action where they can start to really make inroads to drastically increase the numbers of young women in those sectors.”

So how do we solve this issue? Dana Skelley, Transport for London (TfL)’s director of asset management, and the first woman to be recognised as engineer of the year in 2006, believes raising visibility of women in non-traditional roles is important for encouraging girls into apprenticeships. TFL is celebrating 100 years of women in transport and staff and are also active within schools with the Stemnet ambassador programme to educate young people about the opportunities for girls in the industry.

Women-only apprenticeship programmes will not be considered, even though this is the sort of initiative the Young Women’s Trust recommends, says Skelley.

“Some employers are so fearful of what they’re allowed to do under the existing legislation that they’re taking no action at all,” he says. “They’ve almost been paralysed into doing nothing because they’re so scared that they’re going to be pulled in front of a tribunal if they make the wrong decision. We’d like to see greater clarity from the government in terms of guidance on what employers can do.” Says Gale.

Emily Ellwood, an engineering apprentice at PA Consulting, believes that to get more girls interested in engineering, it needs to capture their imagination from a young age. Many girls don’t consider a career in engineering as they are not informed about it at school age.

“At school I had the impression that engineering was all about spanners and hammers and getting dirty,” she says. “[But] the whole idea of engineering is you have to design aspects of people’s lives to make them better. We could be designing a new foetal heart monitor, for example. The buzz we get when we get our products to market is incredible, but I would have never known how amazing that feeling is if I hadn’t given it a chance.”

“We need to get them from when they’re about five – building stuff, taking stuff apart. We need to start from primary [school] but it needs to be continued through their education.”

Parents are a huge influence on young women and their careers. A report published in 2014 by Women in Science, Technology and Engineering, found that “mothers, in particular, need to know their daughters could be happy in a career from physics/in engineering, and that the working environment would be supportive”.

Parents may be fearful that a male-dominated industry might not be a supportive place for their daughters to work. “Being part of a vast minority, whatever the sector, is very challenging,” says Carole Easton, chief executive of Young Women’s Trust. “If you are taking that brave step into a different world you have to be remarkably tough, and not everybody is, and nor should they have to be. We hear that women then get bullied or they get teased and it’s very difficult to sustain that if you don’t feel there’s other people batting on your side.”

“In some more female-dominated sectors like social care and childcare, there does seem to be some shift in terms of young men being able to access those apprenticeships, which just hasn’t happened in those male-dominated industries,” says Gale. “I think that’s a real indication that in order to catch up, those industries do need be taking more positive action.”

More action needs to be taken beyond the visits to schools and young women need to be informed by parents, carers and authorities that these careers are a viable, positive option for them.