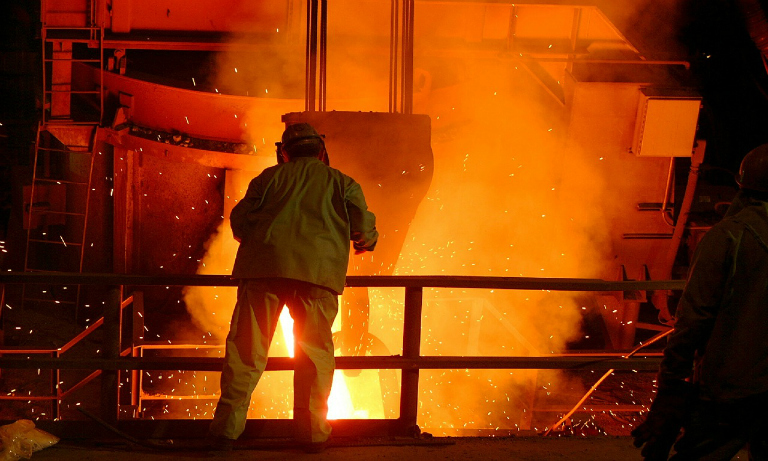 The potential plans of steel conglomerate Tata to sell their loss-making UK steel business threaten the jobs of 15,000 steel workers along with approximately 25,000 jobs in the company’s supply chain. This could also mean the end of steel production in the UK.

The plans have prompted a governmental crisis for the ruling Conservatives, currently campaigning for the UK to remain in the European Union in the upcoming June 23 referendum. Tata’s announcement will most likely be used by supporters of the Leave campaign.

Tata acquired the Corus Group for £6.7 billion and took over its UK steel plants shortly afterwards in 2007.  The largest plant is in Port Talbot, South Wales.  The population of Port Talbot have relied on steel production jobs for decades – at this plant 4,000 jobs and a further 6,600 jobs in the supply chain are under threat.

The other main steel plants are in Scunthorpe in North Lincolnshire, Rotherham in South Yorkshire, Shotton in North Wales, Llanwern in South Wales and Corby in Northamptonshire.

In a review of its European steel portfolio, Tata announced that among the factors involved were the “global oversupply of steel, significant increase in third-country exports into Europe, high manufacturing costs, continued weakness in domestic market demand in steel and a volatile currency.”

It is reported that Tata are losing over £1 million a day, and the firm claims it has “suffered asset impairment of more than £2 billion in the last five years.” According to a source close to the company cited by the Guardian, “Tata is ready to ‘give it away for nothing.’”

Due to the global economic slowdown in the steel industry, massive job losses have occurred in North America, Europe and Asia, with UK operations now following suit.  China will be the hardest hit with over 400,000 job losses predicted.  China produces half of the world’s steel but has already cut production by 90 million tonnes.  A further cut of around 20 percent is due to happen soon.

China has been the target of negative response, many accusing them of “dumping” cheap steel onto the global market.  According to the Guardian, Tata “worked closely with the government over the last few months but decided to pull out of the UK after the government refused to back calls in Europe for higher tariffs against Chinese steel imports.” A Tata source told the newspaper this was the “last straw.”

Corbyn has called for an “immediate government intervention to protect our steel industry.” He insisted that “strategic procurement of steel from steelworks in Britain” was required for all UK infrastructure projects.

In a letter to David Cameron, Corbyn stated, “If necessary, ministers must be prepared to use their powers to take a public stake in steel-making to protect the industry and British manufacturing. The Government must do whatever it takes to save this strategic industry.” He called for the convening of “a meeting of all relevant parties—government ministers, trade union and employee representatives, and industry groups—to discuss all options, including a public stake, available to the Government to ensure the security of the industry in the future.”

Unite General Secretary Len McCluskey, agreed by saying, “The unity of voices—from business to government—to say that temporary nationalisation is the way forward must not be ignored. … Every single one of these plants and its workers should be regarded as a national asset and, as such, it is government’s duty to safeguard them for the nation.”

Trades Union Congress leader Frances O’Grady said, “The government should directly intervene to save the UK steel industry … to secure the future of this vital industry.”

The proposal is not for nationalisation of the industry, rather that the government takes a temporary stake in the plants, pending their sale to another private entity.

If a trade war ensues, whether framed within demands to save UK steel or for the EU to “get tough” with China, this will mean workers only race to the bottom, in the name of securing global competitiveness. The only possible outcome will be further job losses in Britain, Europe and internationally.

Looking at the figures – while China imports to the UK have doubled to 687,000 tonnes due to low prices, the EU accounts for fully 4.7 million tonnes and global markets are saturated. Protectionism directed against China will therefore only be the first step taken.

Tata is a perfect example of the reality of globalised production and the character of the working class. The company employs 600,000 workers in many industries in 80 countries. The Tata Steel Group manufactures steel in 26 countries, with a commercial presence in over 50 countries, integrating the labour of 80,000 employees across five continents.