TUC says that leaving the EU would be a disaster for wages, jobs and employment rights 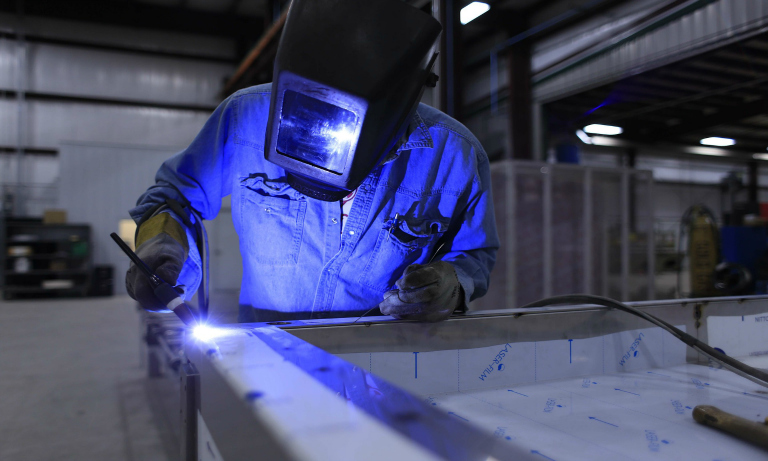 The trade union federation, which is campaigning for people to vote Stay in the EU said that Brexit could affect salaries, jobs and workers’ rights and warned of a “devastating blow” to the British manufacturing sector as so much is exported from British factories to the EU.

Launching the report at an event in London on Wednesday, the general secretary, Frances O’Grady, will say: “My message is simple. At a time of continuing hardship, Brexit would be a disaster for working people – for our wages, for our jobs and for our rights.

“£38 a week may not be much for politicians like [Vote Leave campaigner] Boris Johnson – a man who described his £250,000 fee for a weekly newspaper column as ‘chicken feed’.

“But for millions of workers, it’s the difference between heating or eating, between struggling or saving, and between getting by or getting on.”

Representing over 5.8 million workers in 52 unions, the TUC said that the UK workforce would pay the price of weaker trade and economic growth in the event of Brexit, at a time when real wages were still £40 a week below pre-crisis levels.

Brexit would result in a loss of jobs and a poorer quality of work available in the UK, the TUC will argue, with the regions outside the capital and the south hardest hit.

O’Grady will say: “What’s absolutely clear is that jobs would go. And not just any old jobs – we’d be losing high-pay, high-skill, high-productivity jobs. We’d lose manufacturing jobs that pay £100 a week more than service sector equivalents. These are good jobs in the regions outside of London that need them most.

“Our manufacturing sector, still battered and bruised by the recession, would be hit hard. And inequalities between regions would get even wider. That’s why leading firms such as Airbus UK, BMW Mini and Ford have come out so strongly against Brexit.”

The TUC also stated that a vote to leave would give Conservative ministers the green light to repeal certain employment regulations.

O’Grady will say: “Pregnant women have the right to paid time off for medical appointments. Parents have the right to time off to look after a child who is ill. Part-time and agency workers get equal treatment to give them decency and dignity rather than insecurity.

“Brexit would put all of these rights and more at risk. Brexit campaigner Priti Patel let the cat out of the bag when she told the Institute of Directors that leaving the EU would enable us to cut these regulations by half.

“And that’s why I’m warning people that their rights are on the ballot paper, and a vote to Remain is a vote to keep them.”

The CBI said that the uncertainty was worrying businesses nationwide with a recent survey showing that expectations for growth within 785 companies in the manufacturing, distribution and service sectors weakening.

Rain Newton-Smith, director of economics at the business group, said: “While underlying conditions for the UK economy are looking pretty stable, the risks are clear as day with uncertainty still brewing over the global outlook and the EU vote around the corner.

“Expectations for growth have slipped and are well below the levels of the last few years, with uncertainty swirling around the pace of output and the impact from risks on the horizon.”