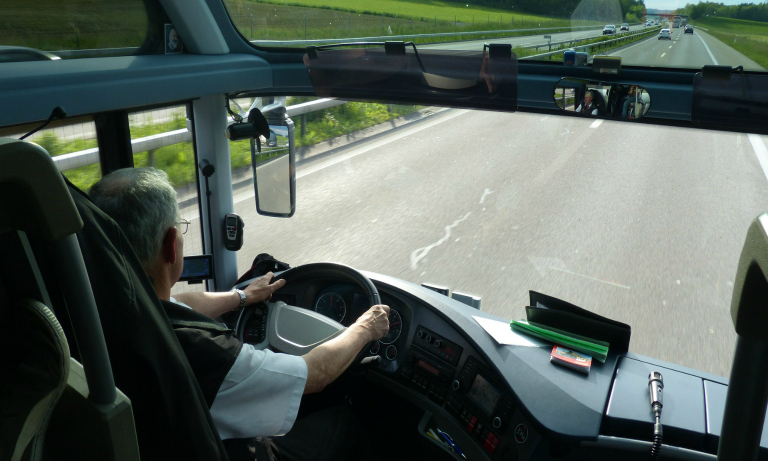 A FULLY-qualified driver applied for a job with a bus firm but was told it was only taking on Romanians.  Peter Kennedy, 45, sent his CV to a recruitment agency after seeing an ad by a bus firm hiring ‘EU bus drivers.’

Kennedy said the firm had arranged an interview for him, but then received an email entitled ‘The British Bus Driver’ from the agency Skills Provision, just one day before he was due to be interviewed saying that the Arriva recruitment drive was for Romanians only.

“It’s totally unfair. They didn’t even give me a chance. I’m a British driver but it seems I don’t stand a chance of getting a job in my own country. I don’t know if it’s because these Romanians are cheaper or what.”

The firm advertised for 30 drivers to work 38 hours-a-week in Watford, with accommodation being provided too.

Peter is currently employed by a delivery firm on a zero-hours contract and was prepared to relocate 150 miles from Gainsborough, Lincs, for the new role.

Copied below is a response from Arriva general manager for London, Ben Parry.

It read: “The programme we have set up for the Romanians fills my requirement here at Watford.”

Furious Peter slammed the recruitment policy, saying, “They’d made up their minds before they even posted the ad. Honest workers like me aren’t even getting a chance.”

Arriva defended the process by stating, “On occasion, to ensure that all vacancies are filled with the most suitable candidates, we employ agencies that specialise in personnel from overseas.

“Candidates undergo the exact same interview process as those of British residency. We always encourage applications from any individual, regardless of their present address.”