Could employers be missing out on top staff by rejecting candidates with tattoos? 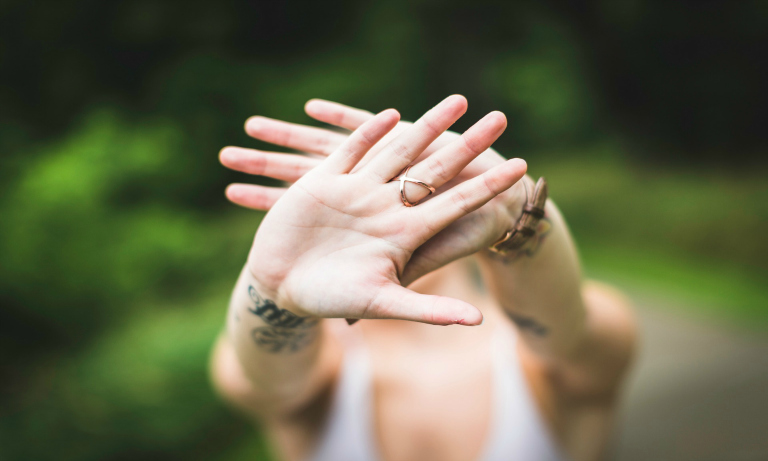 Employers could be drastically reducing the pool of potential recruits because so many young people now have tattoos.  A Yougov poll in 2015 revealed that nearly one fifth of UK adults have had tattoos, with those under 40 more likely to have them.

Despite the fashion for tattoos in recent years, research commissioned by Acas from academics at King’s College, London, suggests that tattoos are still considered unacceptable in many workplaces.

33 people were anonymously surveyed and several claimed that tattoos could be a barrier to hiring in their profession.

For example, the research quotes a senior manager in the emergency services commenting on a potential new employee who was not hired due to her tattoo:

“[The management] said ‘why have you got a tattoo there? No, we’re not accepting you.  I said ‘well how stupid are you, at what point did you think a tattoo on your head was going to be acceptable?”

The airline industry is well known for being very particular about staff appearance.

Some employers told the researchers that they would be reluctant to hire people with visible tattoos in case it put off clients and customers.

Andrew Timming at St Andrews University, who has researched the role of tattoos in hiring practices, says a change in attitudes is inevitable.

“There’s a tidal wave of young people with tattoos these days and they’re not always going to be young.”

Rhebecca, who has a number of tattoos, told the BBC that her body art indicates she has qualities that could be beneficial to many employers.

“From the perspective of an employer that [getting a tattoo] takes a lot of planning, organisation, forward thinking and interaction.

“To me those are all things that employers would value.”

Maxime Buchi, owner of the Sang Bleu Tattoo studio, said: “Employers should educate themselves about tattoos and start building an understanding of what they are.

“They should judge a person based on the tattoo they have, not whether they have it or not.”

One 27-year old woman, who is a barrister in London, told the BBC that she has a number of tattoos and wears them with pride, but she thought it very much depended on having an understanding employer, the type of tattoo and where it was placed on the body.

“I am sure some of my older colleagues and superiors don’t necessarily “approve”, but I think there is an understanding that at this level of professional life your skills as a lawyer should speak for themselves and your appearance is of little importance.

“I’d caveat that, of course, by saying that my visible tattoos are all “work appropriate”, one is of the symbol of my professional organisation, my Inn of Court, non-threatening in design and on reasonably discreet parts of the body even when they are visible.

“It would be different I think if I had tattoos on my face, or anywhere that I couldn’t hide in court dress – or if my visible tattoos contained imagery or text to which one could take offence,” she added.

Within some industries, the research by Dr Timming showed that sometimes a tattoo would be seen as an asset.  Creative industries and bars or clubs could look upon tattoos as a sign of original thinking.

“Isn’t that what employers are looking for these days? Someone who doesn’t always toe the line?”

“Isn’t Richard Branson talking about disruptive talent in the workplace? This is the kind of person who would fit that bill, I would think.”

Head of equality at Acas, Stephen Williams, said: “Whilst it remains a legitimate business decision, a dress code that restricts people with tattoos might mean companies are missing out on talented workers.”

“We know that employers with a diverse workforce can reap many business benefits as they can tap into the knowledge and skills of staff from a wide range of backgrounds.”

Legally businesses may require tattoos to be covered up in the workplace, if they have a business case for doing so, said Acas.