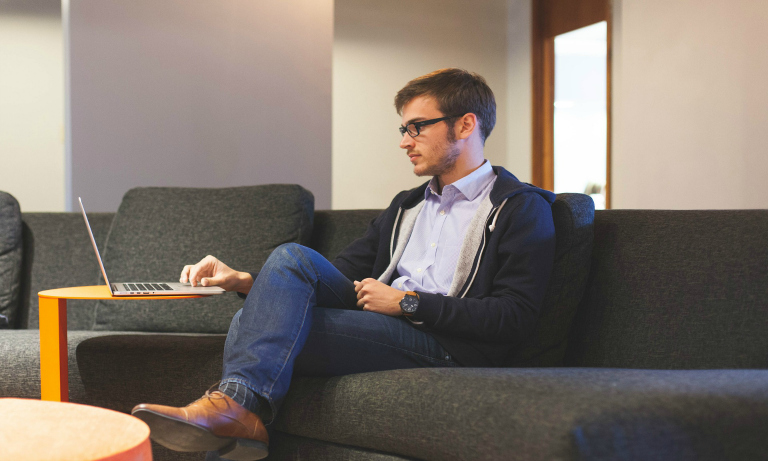 This number has grown by nearly 2 million in the last decade, due to businesses using a higher number of self-employed workers as well as recruiting workers on temporary or zero-hours contracts.

Over 50 per cent of the largest group – the self-employed – are in lower pay and take home less than two-thirds of the median earnings, according to the Resolution Foundation think-tank.  In fact, two million self-employed people now earn under £8 per hour.

Amid growing concern about the social impact of a workforce increasingly divided between low-paid, low-skilled and insecure work and higher-paid, higher-skilled employment, the Guardian is now publishing a series of articles on the consequences of the change for the kind of workers described by Theresa May as “just managing”.

The government is concerned that the lack of training offered to those in self-employment is, “completely backward”, per a No 10 source. Concerns arose around this affecting level of pay and stumbling career progression to higher earnings.

Meanwhile, according to Philpott’s analysis of the government’s labour force survey, there are 750,000 more people are on zero-hours contracts than in 2006, and 207,000 more people are working as temps. Some of the zero hours’ workers may also be included in the temp numbers – 32% in the most recent set of figures.

Chairman of the governments commission into social mobility, Alan Milburn, told a recent event based on precarious working that, “there is something profound going on and all of this poses a potential risk to social cohesion and a risk to the potential for social mobility.”

The Trades Union Congress has also prioritised the issue, which has launched a review of the scale and nature of vulnerable work in Britain.

Companies including Argos and Tesco use thousands of agency temps. In fact, Sainsbury’s uses the service of 54 different employment agencies for its temporary warehouse workers. Taxi company Uber and courier firms Yodel and Hermes are among firms relying on 4.7 million “self-employed” workers, although Uber recently lost a landmark employment tribunal case when judges ruled that its self-employed drivers should be treated as workers and paid the “national minimum wage”, receive paid holidays and sick pay.

Workers concerns around low pay are worrying them and this has resulted in over 10,000 people calling the Acas minimum wage helpline in the five months up to September.

Ashwin Kumar, chief economist at the Joseph Rowntree Foundation, said “The rise in self-employment has been hailed as part of the economy’s success story in the recovery, but for thousands of people it can mask some worrying trends – namely being forced into precarious, low-paid work.” He noted that self-employed families were more likely to live in poverty, with an average income of £209 a week compared to £384 for employees.

Salary levels also vary across the country.  For example, one in four of all workers in the Greater Lincolnshire area is projected to earn near or below the national living wage or the national minimum wage by 2020 – an increase from one in 10 in 2015. Other areas badly affected include Liverpool, London and Nottingham.

Young adults have been affected the most by low pay with figures coming in at 77 per cent in 2015 as revealed in the analysis by Resolution Foundation.

Take a look at Deliveroo – a multinational company that relies on 8,000 self-employed workers to deliver takeaway meals by bicycle. However, in Germany and the Netherlands, the company employs 1500 couriers, suggesting that its business model in these countries is not based around self-employment. Lawyers for several UK Deliveroo riders are at the early stages of considering making a claim against the company for false self-employment, which is something that Deliveroo denies.

A spokesman for the company said that Deliveroo describes its riders as “independent suppliers” and that this status was because “the flexibility this offers is important to them”.

Another example is that of Sainsbury’s: For warehouse workers who are not directly employed, they use a similar multi-layered arrangement.  The company has a contract with De Poel, an agency services provider, which manages contracts with employment agencies and they then hire staff. Sainsbury says that most of these workers have full-time contracts but some drivers are on limited-hours contracts, which is something the retailer says it is monitoring with the agencies.

“Like all large retailers, working with agencies allows our distribution network to accommodate business needs – Christmas being the obvious example,” a spokesperson said.

Neil Carberry, Director for people and skills at the Confederation of British Industry said, “One of the attractions of flexible contract options for businesses is being able to meet more volatile demand patterns in increasingly 24/7 markets,” Although, he insists that the trend is not significant. “There have been claims that the mass casualisation of the British labour market is around the corner for 30 years. But the need to retain talent and build productivity in companies mean that directly employed staff will always be the majority of our labour market.”

“No form of contract is inherently problematic,” he added. “It is about how companies deal with their staff … The key thing is good management, and businesses are committed to doing that well.”

Some of the 7.2 million workers now concerned about uncertain employment may disagree that is always the case.

There has been much talk in the media about the working conditions of Uber’s self-employed drivers. Yaseen Aslam, a former Uber driver, is also self-employed – but succeeded along with another driver in challenging that status at a recent employment tribunal.

“When I first started minicab driving eight years ago, I used to do 30 hours a week and took home £500 after expenses,” said Aslam, a 35-year-old married father of three from High Wycombe.

“I was self-employed and I felt self-employed. Over time we have lost control of what we were making. There were lots of advance bookings but with technology things changed. We have no sense of what we were going to be making, the prices fell and more drivers came on to the streets. I was getting between £50 and £100 per day before expenses, which was much less. I didn’t have any quality family time and I was busy working all the time just to pay my bills.”

Mr Aslam has now found another form of employment, trading merchandise on eBay from his home.