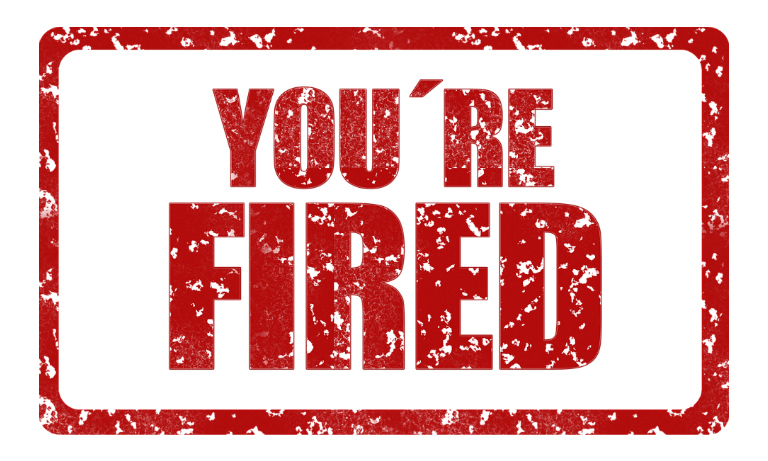 McDonald is suing the firm for age, sex and racial discrimination

The female 43-year-old, who worked for Dongbu Daewoo Electronics, was also instructed to make coffee, but when she questioned the Director, Ho Seung Yoo, he allegedly responded saying: “Isn’t that what female workers should do?”

Yoo stated that in Korea, bowing is considered a custom but nobody in their UK office is required to bow, although some Korean staff do choose to do so.

The tribunal, in Reading, Berkshire, heard that the Mrs McDonald, who has a South Korean mother and an English father, had to spend hours of her day in the company director’s office “with the door firmly shut” before her job role was suddenly changed – she was stripped of her managerial role and instead forced to work as an administrator.

The electronic sales company, based in Winnersh Triangle, Berkshire and its chief financial officer, Mr Yoo, deny the claims.

Mrs McDonald stated that the issues within the company began when she was promoted to Finance Manager and became head of HR, reporting directly to Mr Yoo and began working full-time by February 2015.

She received a pay rise of approximately £10,000 to £35,000 per annum. Mrs Mcdonald told the tribunal: “I asked Mr Yoo why was I being asked to do secretarial duties such as making coffees. He said ‘isn’t that what female employees should do?'”

She told the panel that she had no experience in HR and added: “He wanted me to be his eyes and ears, which took up a lot of time. I was constantly called into his office and spent several hours of my day in his room with the door firmly shut.”

Mrs McDonald said she was the only bi-lingual Korean and English speaker in the firm until a native Korean joined her team in February 2015.  Her work was of a high standard and she was one of three employees who received a £2,000 bonus when other colleagues faced a pay-freeze, the tribunal heard.

“With the additional person in the Accounts Department who is a ‘pure ethnic native Korean’ it became apparent to me that Mr Yoo now wanted me to be more focused on the company administration side of things and less on accounts,” Mrs McDonald told the tribunal.

“I know he was glad to utilise me when I was the only bi-lingual person but when a better speaking Korean employee came along, I was not his preferred choice. I am also not considered ‘pure’ as my father is English.”

“I expressed that I felt discriminated just because I am viewed as a Korean female and younger, hence lower in status that I can be looked down upon and pushed aside,” she said.

“I know if I had been an older British white Caucasian male, Mr Yoo would have seen me very differently and would not dare to push me around so easily.”

She had a meeting with Mr Yoo and the member of staff who replaced her just nine days later.

“They all pressured me to accept the split organisational chart Mr Yoo wanted and I felt uncomfortable with the pressure I as under,” she said.

Mrs McDonald said she suffered sexist abuse from Mr Yoo over the grievance letter her solicitor had sent.

“As is usual protocol, I went to Mr Yoo’s office to bow goodnight to him. When I opened the door to make my bow, he was in an absolute fury. He was raging with anger,” she said.

She was then signed off work due to stress and told the company’s Managing Director Chong Park that she was being harassed by Mr Yoo in August.

“He said Mr Yoo was very angry that I had broken protocol by not bowing to him every morning when I get to work and I do not bow to him when I leave the office at night,” she said.

“I replied that it wasn’t out of disrespect that I stopped bowing to him, it was because I wanted to avoid him in case he called me into his office whilst I went to say hello or goodbye. I didn’t want any opportunity for harassment to occur so I was avoiding Mr Yoo.”

A mediator for grievance hearings over her claim found “no reason to favour one account over another” and did not uphold Mrs McDonald’s complaint, the tribunal was told.

Mr Yoo told the panel: “Mrs McDonald never complained about being called into my office whilst at work until she lodged her grievance.

“The suggestion raised by Mrs McDonald as to me demanding that she bow to me is simply not true,” he claimed.

“Bowing is considered a custom in Korea but nobody in our UK office is required to bow. Some of our Korean staff choose to bow but as I say nobody must bow, it is entirely voluntary.”

Mrs McDonald, who represented herself, questioned Mr Yoo in cross-examination about when she complained about having to make coffees for him in a meeting she had with him in his office before the CEO’s visit.

She said: “On this particular day I had asked you why are you asking me to do secretarial duties such as serving coffees for you and your guests and your reply was, ‘isn’t that what female workers should do?”

Mr Yoo was asked: “Is that because, in your opinion, she was female and junior and Korean in your eyes?”

Mr Yoo, through a translator, said: “When initially Mrs McDonald joined our company, every morning she brought me a cup of coffee or tea, every single morning. Yes, I did say it. However, although I asked her to make some coffee for my guests, I was really sorry for asking that of her at the time.”

Mrs McDonald then asked Mr Yoo if he expected his employees to follow “Korean protocol.”

Mr Yoo said: “No. Never, not at all. As far as I understood, Mrs McDonald used to live in Korea for some time. If Mrs McDonald voluntarily decided to follow some Korean cultural protocol I would not mind.”

The claimant asked: “With regards to bowing at the start and finish of the day?”

Mr Yoo said: “Let me explain to you, while I was working for the UK office, I never ever asked any of my employees to bow to me at all, never ever.

Managing director Chong Sik Park described his frustration at Mr Yoo’s behaviour after it was revealed Mrs McDonald and her manager had not reached an amicable agreement over her job role.

Mr Park, who denied the allegations that staff were required to bow, told the tribunal that Mrs McDonald’s job role had not changed despite her name appearing under the HR department in a company chart which was shown to its CEO.

The tribunal heard that Mr Yoo was told he needed to reduce his workforce and so gave her a position in the accounts department.

“Mr Yoo designed the presentation which included the job chart to show the CEO and HQ that we had met their request. Nobody’s job role actually changed at that stage.”