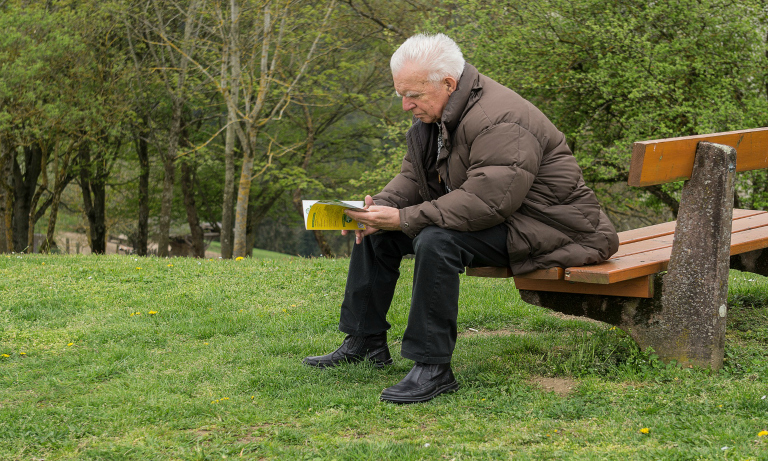 Mr Bartley placed the advert in a local paper, looking for part-time work to stop him ‘dying of boredom’.  A local café run as a family business spotted the advert, offered him work and he is now due to start next week.

“No matter what your age or your background, you deserve a chance,” said Cantina Bar and Kitchen’s co-owner Sarah Martin. “Most people have got something to offer and Joe is someone who is keen, who is putting himself out there. What is not to like about that?

“A lot of people who come here don’t just come for coffee, they come for a chat, so Joe is perfect.”

Bartley, who is a war veteran place the advert in the Herald Express twice last month. It read: “Senior citizen, 89, seeks employment in Paignton area. 20hrs+ per week. Still able to clean, light gardening, DIY and anything. I have references. Old soldier, airborne forces. Save me from dying of boredom!”

He said he had been overwhelmed by the response to the advert, which he described as “not unusual, just an old guy looking for work”, adding: “The owner phoned me and said she was interested, and asked me to come in. So I arrived at the cafe and we’ve had a bit of a chat with the owner, and shook hands.”

Mr Bartley has become something of a local celebrity and he said he is looking forward to paying his own rent from his wages. “I can’t believe it really, I feel great about it,” he said.

Joe has lived on his own since the passing of his wife, Cassandra, two years ago, “When you live on your own there is no one to speak to. Since she died I’ve moved into a flat and it’s a big block. Once you walk into that flat it’s like solitary confinement,” he said.

Mr Bartley was also offered a job working alongside a baker, but unfortunately it was too far for him to travel. Glenn Rodgers, independent baker said, “I’m a baker and even though it’s not complicated, it’s therapeutic, it’s quite a soulful thing to do – and I thought I’d offer him a job.”

Although the logistics of the job offer didn’t work out, Rodgers said he wanted the pensioner to know he had been offered a job in the hope that it would put a “smile on his face”. More employers should think about taking on older staff, he added. “It’s unjust otherwise. Why not give him a chance? Also, it works both ways, employers are getting experienced reliable staff who really want to work.”

Martin said, “He is delighted, and we are looking forward to it. We think about these things all the time. We are never going to be rich, but we like to give something back, so when we saw the advert there was no question – the minute we saw it we knew we’d give him a job.”