These trends impact how companies recruit, retain, train and structure their workforce for the future 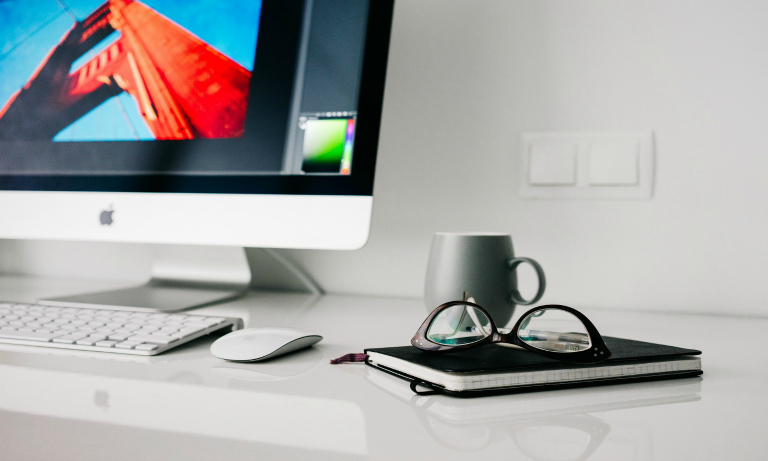 The top 10 workplace trends for 2017 have been identified by Dan Schawbel, keynote speaker and NY Times bestselling author and are based on hundreds of conversations with human resource executives and workers, a series of national and global online surveys and secondary research from more than 160 different primary and secondary research sources, including think tanks, consulting companies, non-profits, the government and trade associations.

Between 2016 and 2017, the job market is expected to continue improving, causing both job seekers and employees to have more leverage, which in turn causes salaries to increase and employers to invest more in job advertising, staffing firms and employee benefits. The drift towards flexible working will continue and you will see HR practitioners with new skills emerging, including people analytics, Internet marketing, branding and knowledge on new technologies like virtual reality and wearables.

The top workplace trends for 2017 include:

A recent study revealed that nearly 60% of job seekers have had a poor candidate experience and 72% of them have reviewed their experience on sites such as Glassdoor.com. A common problem is communication between employers and candidates during the application process.  If candidates are not kept updated then they are discouraged from ever applying for another job at that company again, which limits their future talent pool.

Employee retention and engagement have become some of HR’s key issues as top talent have numerous employment options and productivity is essential to growth.

In the past five years, the gig economy has become a major trend impacting the global workforce, and has created a new kind of diversity, with full-time permanent employees working alongside freelancers. A study exploring the gig economy found that 93% of companies already identify the blended workforce as they’re seeing freelance workers teaming up with employees to work on projects together. Multiple studies from The Freelancer’s Union to Intuit predict that at least 40 per cent of the workforce will be freelancers in the next few years.

Could annual performance reviews be a thing of the past in todays fast-paced work environment?  Professionals today desire instant feedback, a behaviour adopted from the instant gratification they receive on social networks like Facebook, Instagram and Twitter. Younger generations are especially impatient and are unwilling to wait a whole year to learn about their strengths and areas of improvement. The annual performance review is coming to an end on a global scale as generation Z’s and millennials are currently receiving feedback either daily (19%), weekly (24%) or regularly (23%). Two of the largest companies in the world, including GE and Adobe, have already moved away from annual performance reviews and are now providing regular feedback to their employees. Adobe, the first major company to step away from annual performance reviews, created a “Check-In” system, where expectations are set annually but feedback is given regularly, resulting in a 2% decrease in voluntary attrition. GE followed suit by created “Touchpoints” where there is a daily development focusing on results and changing business demands, which has resulted in a five times increase in productivity in the past year.

2016 marks the first year that gen Z is in the workplace, while a third of millennials are in management roles, some of whom have direct reports. 2017 will mark the first full year that gen Z will be settled into the workplace, with new demands, a new outlook on business and widening the technology gap even further between younger and older workers. A new study revealed that 78 per cent of gen Z’s and millennials said that their expectations of their current workplace have been met, and their education actually did prepare them for the working world. Both generations will continue to put pressures on companies to transform the office, reward employees, embrace flexibility, and align the companies interests with a cause.

Companies are expected to take the advancements within virtual reality more seriously in 2017 as new equipment, programs and use cases surface. Virtual reality hardware revenue is expected to reach over eight billion in the next two years and the amount of money invested will be over four hundred million with 25 million users by that time. One-fourth of gen Z and millennials want their companies to incorporate virtual reality into the workplace and Schawbel predicts that this will increase next year as more adopt VR consumer technology. Virtual and augmented reality can help close the experience gap for job seekers and allow employee training to be more engaging, less expensive and free of distractions. For instance, The British Army is already using VR in their recruitment process, General Mills has a virtual reality tour of their offices and GE implements VR at career fairs where students wear headsets to explore their oil-and-gas recovery machines.

Employers have realised that there is no lifetime employment contract in this ever-changing working environment and some companies have incorporated strategies from the book “The Alliance” as they implement “tours of duty” to appease employees. Through hardware, including smartphones and wearables, and social networking sites, talent is more freely available and in turn, talent has more opportunities to choose from. Seventy-six per cent of full-time workers are either actively looking for a job or open to new opportunities and 48 per cent of employers are unable to fill their job vacancies due to the skills gap and high attrition rates.

A major emphasis of teamwork is fast becoming a popular trend regardless of employment situation, industry or politics in a company. While individuals have their own career agenda, companies are now structured with teams because high performing teams will enable them to compete for the future. Organisations are restructuring for several reasons, and nearly all of companies rate “organisational design” as their top priority and three-fourths of gen Z’s and millennials said they are well prepared to work effectively in a team. Cisco was one of the first companies to embrace this trend, creating “Team Space,” a platform that delivers intelligence on how teams can work best to win together.

Companies are using wellness programs to lower absenteeism rates, attract talent, and save on healthcare costs, while employees have become far more health conscious in the last few years. Less than half of American workers say that their company supports employee well-being and helps them keep up a healthy lifestyle. Compared to last year, health-related employee benefits have increased by 58 per cent and wellness by 45 per cent, which will continue into 2017. Companies realise that workplace stress is the biggest health issue among workers so they invest in creating a more relaxing and healthier environment for them.

Fair compensation is most important to all age groups, genders and ethnicities almost unanimously around the world based on several studies that Schawbel has conducted over the years. Once you get past pay, then the two most important employee benefits are healthcare coverage and work flexibility, a benefit that wasn’t mainstream a decade ago but is today because of the sheer demands of work and our “always on” society. A recent study showed that compared to two years ago, work flexibility is the top employee benefit (over healthcare in 2014) globally yet only a third of companies offer it.

Even the companies that offer at least some degree of flexibility aren’t actively promoting those programs to employees or job seekers, who are spending more time researching companies before applying for jobs.  A good example of being transparent when it comes to benefit package costs is Maia Josebachvili of Greenhouse, who surveys her employees to find out how to best allocate their benefit investments. Other examples include Zeeto, that provides employees a thirty dollar Seamless credit for food, Starbucks with their “College Achievement Plan” and Twitter that offers just about every type of exercise class on campus.

Several years ago, Virgin Founder Richard Branson was on the cover of Forbes Magazine with a scissors cutting off his tie, calling for the end of business formal attire. With the rise of younger generations, and more employees working remote, there’s no doubt that the workplace is increasingly casual. In 2017, you will see this trend continue with more employees demanding to exchange their and ties for jeans and shirts.