Living wage ‘has forced prices up’: Eating out, haircuts and dry cleaning become more expensive as businesses pass on the cost

Hairdressing costs rose by 2.2 per cent in the third quarter of 2016 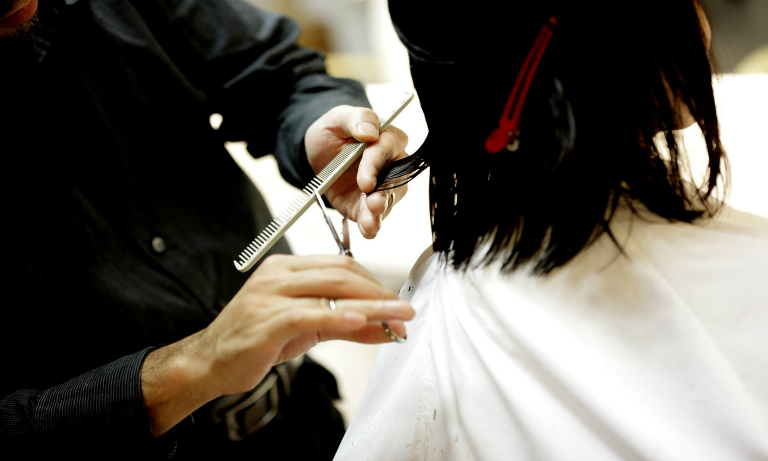 Increases in prices are common when employers' wage bills are increased

The research comes from the Low Pay Commission which studied inflation rates and haircuts, eating out and dry cleaning have been found to cost more as businesses pass on the costs of the new national living wage to consumers, analysis suggests.

Since April the compulsory minimum wage for workers over the age of 25 has increased from £6.60 to £7.20 an hour.  In turn, this has pushed up the cost of basic goods and services, according to the Low Pay Commission who advise the government on the level of pay for low earners.

The living wage is due to rise again to £7.30 this April and to £9 by 2020 – potentially forcing prices to increase even further.

Researchers from the Low Pay Commission studied inflation rates for goods and services typically reliant on low wage workers, such as canteens, hotels and dry cleaners.

They found that inflation was typically higher than average in areas where goods and services are typically reliant on low wage workers, such as hotels, canteens and dry cleaners.

The 2.2 per cent rise in haircuts could potentially push the cost at an upmarket salon from £70 to £71.54. nCanteen meals were 1.6 per cent more expensive than during the same period last year, meaning a £50 lunch for four people would now cost £50.80.  The cost of cleaning, repair and hire of clothing rose by 2.4 per cent, increasing the cost of a £60 winter dry cleaning bill up to £61.44.

Employers told experts from the Low Pay Commission that they had to increase prices to survive the wage increase.

The commission said: ‘Clearly, there are many factors that influence the price of goods, the minimum wage just being one of them.

‘However, these data are consistent with the evidence from some stakeholders and research showing that price increases have been a common response to the increase in the wage floor.’

‘Increases in prices were often the most common response reported among employers whose wage bills increased, followed by absorbing higher costs through a decrease in profits.’

The report said that employers have also taken a hit on their profits to absorb the costs, although employees said their bosses were making enough money to pay the new wage and planned increases.

The national living wage – the government’s biggest intervention in the labour market since the 1990s – was announced by former chancellor George Osborne in July 2015, following years of campaigning from unions.

However, it has been seen as controversial, with some experts warning it would lead to job losses due to cuts, store closures and more pressure for workers to become self-employed contractors.