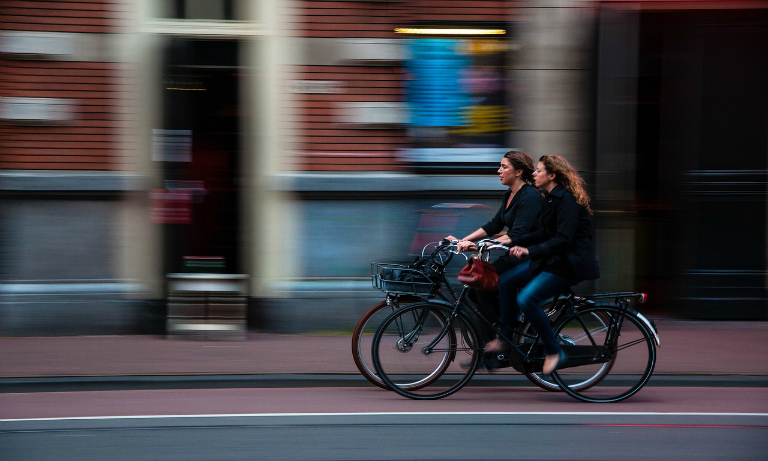 CitySprint has 3,500 UK couriers and could potentially face further claims

A bicycle courier working for CitySprint has won a key tribunal case in the gig economy and will be paid holidays as well as minimum pay.

The employment tribunal in central London ruled that CitySprint had unlawfully failed to award holiday pay to Mags Dewhurst and had incorrectly classed her as a self-employed freelancer.

The media has covered various cases in the growing trend towards self-employed workforces and the growing pressure on firms in the gig economy to treat workers more fairly and to offer basic employment benefits.

The CitySprint verdict follows an employment tribunal in October which found in favour of drivers for the firm, Uber. Two drivers, made a claim on behalf of 17 others, argued that they were not self-employed and should be classed as employed workers. The company has argued that they are in fact a tech firm rather than a transport company and is appealing against the ruling.

Dewhurst, who has been working for CitySprint for two years, has not been paid a guaranteed wage, sick pay or holiday pay, because the company has always considered her to be an independent contractor.

Head of the Independent Workers Union of Great Britain, (IWGB Jason Moyer-Lee, the) has said that the CitySprint tribunal would act as a test case for other firms.

Paul Jennings, a partner at the law firm Bates Wells Braithwaite, which represented Dewhurst, said the ruling did not necessarily mean that CitySprint would have to pay holiday pay to all its workers.

“Until now couriers have occupied a vulnerable position. They carry out physically demanding work in dangerous conditions, but cannot take paid leave,” he said. “In the wake of this judgment, we expect thousands of couriers across the capital will look to assert their rights and seek back-pay.”

He described the judgment as “legally and ethically the right outcome”.

CitySprint said: “We are disappointed with today’s ruling. It is important to remember that this applies to a single individual and was not a test case. We enjoy a good relationship with our fleet, many of whom have worked with us for some time, and have always strived to help them maximise their earnings.

“Evidence presented at the tribunal confirmed that the vast majority of our couriers enjoy the freedom and flexibility of their current role. As was clearly highlighted in this case, CitySprint is a good company that pays its couriers some of the best rates in the industry.”

“This case has demonstrated that there is still widespread confusion regarding this area of law, which is why we are calling on the government to provide better support and help for businesses across the UK who could be similarly affected.”

Dewhurst said she was “chuffed” with the tribunal’s ruling. “This is so much more important than my two days’ holiday,” she said. “This wasn’t just about me. It was about people who have been working here for 20 years without any of these rights.

“They argued that we weren’t part of the company, but you cannot run a £145m courier businesses without employing a single courier,” she said.