10 Bad body language mistakes that could sabotage your next interview

You've practised your pitch, sorted your outfit and you're feeling confident - but have you studied your body language? 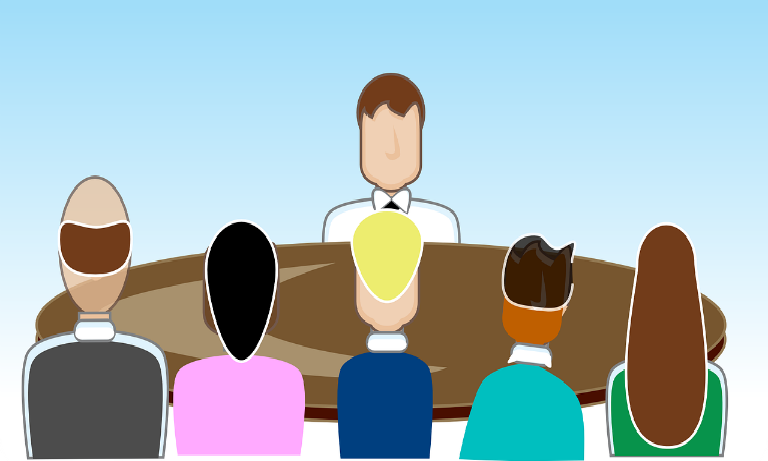 Bad body language could end up costing you a job offer

A survey of more than 2,600 hiring managers by job search website CareerBuilder found that half of interviewers decide within the first five minutes of an interview whether a person is the right match for the job or not. In fact, most often, it’s bad body language that puts them off.  Fidgeting with an item on the desk, a weak handshake, or an unintentional pout can leave a bad impression and can take even the most talented candidates out of the running for the role. Combine those errors with other mistakes, like dressing inappropriately, swearing, or displaying an arrogant attitude, and you have a perfect recipe for an interview disaster.

Although we know nerves have their part to play when it comes to bad body language during a face-to-face interview, make sure you are well prepared to try and calm those interview jitters.

Rosemary Haefner, chief human resources officer for CareerBuilder, said, “The best solution to minimize pre-interview anxiety is solid preparation.  If you don’t read about the company and research your role thoroughly, you could magnify your fear of interviewing poorly and lose the opportunity.”

CareerBuilder’s research highlighted 10 of the biggest body language mistakes you can make in an interview – check yourself to see if you are making any of these without knowing.

Research shows that a good, firm handshake makes a great impression over a dead-fish type shake, but don’t overdo it.  A handshake that is too strong is a big turnoff to 9% of HR managers CareerBuilder surveyed.

You want your grip to be firm, not crushing. Aside from possibly causing some serious pain, a bone-smashing handshake might make your interviewer think you’re too aggressive, or perhaps even difficult to work with.

While using hand gestures has the potential to make you more likeable, 13 percent of hiring managers said using too many hand gestures while speaking was a big interview mistake as it can be off-putting.

A dead-fish handshake is even worse than a too-strong one, according to CareerBuilder’s survey. Nearly one quarter of HR managers said a weak handshake was a body language mistake.

Martin Winter, writer for The Mirror says that a limp handshake is “one of the most common interview issues, with many candidates giving off the impression that they’re fragile and unconfident based on their handshake.”

Playing or twisting your hair makes you look childish or stress and face touching gives off an impression even worse than that.

“Face touching, especially on the nose, is commonly interpreted as an indication of deception,” professional coach Marc Chernoff explained in a blog post.

Sitting up straight in your seat will convey confidence and respect for your interviewer. Thirty-one percent of HR experts said it made candidates look less than polished in an interview if they were slumped in a chair. If you struggle with your posture, try these exercises to improve it. http://www.realsimple.com/health/fitness-exercise/better-posture

Crossing your arms can make you appear to be defensive and hostile.  32 per cent of HR managers said this was not something they liked to see in people they interviewed.

“You should appear open and approachable, which means your hands should be in front of you and ready to gesture naturally,” Karen Friendman, author of Shut Up and Say Something said to Forbes.

Not sitting still can be irritating to hiring managers with 32 per cent saying that too much shifting in your seat or foot tapping was a big interview mistake.

This however is a habit that you may not realise you have and comes along with being nervous.  Try practising your interview with a friend so they can inform you of any gestures or unnecessary fidgeting you may be making.

Fiddling with a pen or shuffling papers around is a major put-off for thirty-four percent of hiring managers.  Clicking a pen or similar gestures can be interpreted as a sign of anxiety or stress. Try folding your hands in a relaxed manner in your lap.

Not smiling can put off up to 39 per cent of interviewers and comes in as one of the biggest mistakes you can make in an interview.  Not only does smiling make you seem warm and friendly, but it might even calm your nerves. A study by researchers at the University of Cardiff found that people who’d received Botox treatments and were thus unable to frown reported being less anxious and happier than those who could still frown.

Failing to make eye contact was the body language mistake interviewers were most likely to say they hated. Sixty-seven per cent of people surveyed said they didn’t like it when candidates avoided their gaze. Looking at them while listening and speaking shows you’re engaged in the conversation.

“If you have a habit of looking away while listening, it shows a lack of interest and a short attention span,” career adviser Jeffrey Ory told the Chicago Tribune.