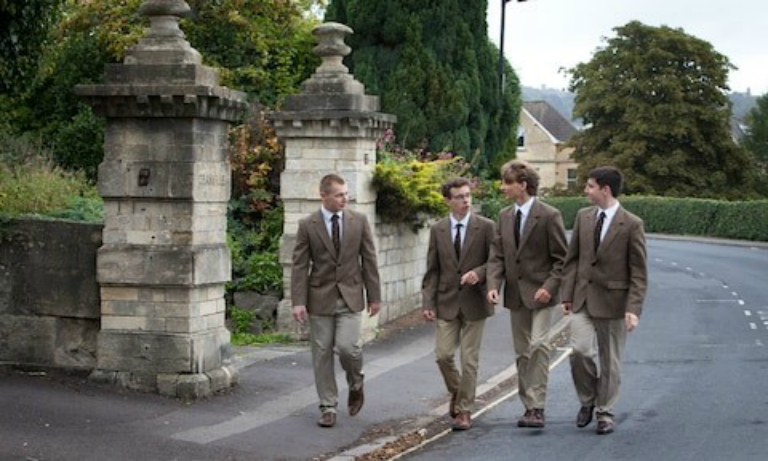 The prestigious Norland College, based in Bath, has serviced the rich and famous for over a century but the nannies, renown for their beige dresses, felt hats and white gloves are now being joined on the course by men in tweed.

Four men have enrolled this year along with 99 girls to complete the establishment’s BA in Early Years Development and Learning.

Celebrating its 125th anniversary, the centre has seen seven men pass through its doors so far and principal Dr Janet Rose says it is due to Norland “breaking down gender stereotypes” to encourage more men to join its prestigious ranks.

“Gender really shouldn’t matter. It is similar to the way in which nursing used to be a female profession and as society’s attitudes changed more and more men have become nurses.

“We match our graduates with families and we are increasingly getting requests for more males, attitudes are changing to this kind of profession.”

One of the students, Gregory Ridley, 19, from Warrington, said: “The opportunities that Norland gives you are above and beyond any other institute, certainly in this country if not the world.

“When my mates found out that I was coming to Norland at first they were really unimpressed.

”But then I told them about the salary and they said ‘Can I come?! Where do I sign up?'”

My Big Buddy, the first London nanny agency for men, set up a decade ago and is now inundated with hundreds of families requesting male nannies or Mannies as they are more commonly known.

“As an agency we never advertise, clients find us by googling so they are searching for male childcarers/male nannies/mannies, so there is an awareness that times are changing and that it is now a mainstream thing to have a buddy, rather than several years ago it was seen as a bit odd.

“Mannies bring a different dynamic to families and we are contacted by lots of families who have husbands working long hours, mum and mum families and divorced parents and they want someone to kick a football around with their children and a male to interact with them.”

Director of nanny agency Manny & Me, Jamie Leith added: “We have definitely noticed a shift in the popularity of having males nannies recently. We get more and more men interested in working as nannies and they have a genuine passion for pursuing a career in childcare.

“Parents are seeing the benefits not just in the role a male nanny can play, but in having a choice of who suits their children and wider family dynamic the best.

“With social barriers slowly-but-surely breaking down, we predict the trend to continue and for there to begin to be a balance in the numbers of females and males entering the sector. And this can only be a positive thing in the encouragement of a gender equal society.”