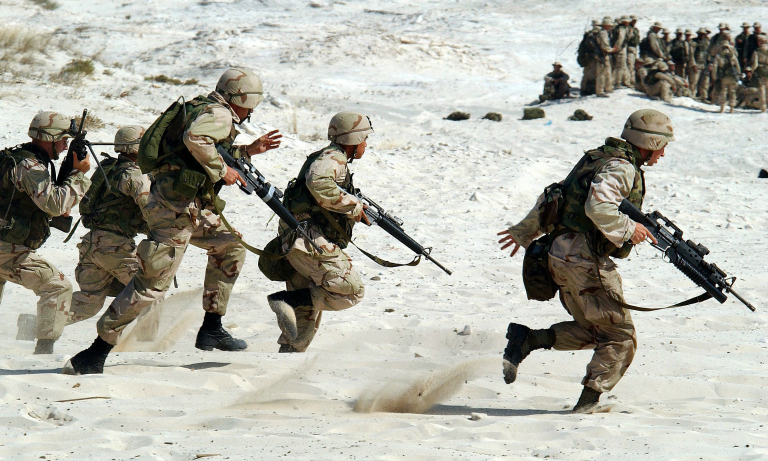 The British Army are recruiting for eight different roles, from drivers to mechanics, as well as infantry soldiers and officers

Last week, the army ran a huge recruitment drive in Liverpool, including recruiting for combat medics like Michelle Keegan’s character in Our Girl.

Popular ITV drama Our Girl recently returned to our TV screens, following the life of Georgie Lane on her latest challenge in earthquake-struck Nepal.

As part of the drive, serving soldiers from Liverpool came home to talk to prospective applicants about working in the British Army and the roles available.

The roles that the Liverpool’s Army Careers Office are recruiting for include:

The role involves using a “highly specialised first aid and medical knowledge” on the front line, to provide vital medical assistance to soldiers and civilian casualties – the role of the famous Georgie Lane.

Drivers are given the chance to drive and operate a whole range of vehicles, from Land Rovers to specialist bridge-layers and cranes.

In addition to specialist professional and technical training, Combat HR Specialists undertake the same basic military training as everyone else in the Army.

Once training is completed, successful applicants are assigned to a unit where they work as part of a team, providing support to up to 700 officers and soldiers, wherever they may be located around the world.

The responsibilities of this role include the administrative elements of obtaining, maintaining and issuing the vast range of equipment the Royal Engineers require. It also involves using the latest computer systems, and ensuring everything is always in the right place at the right time.

This role involves dealing with different forms of digital and satellite communications, wireless and internet based systems, while also “working with hardware and software from industry leaders”.

When hazardous substances are found, tank crew members are trained to contain them and to decontaminate the vehicles and kit. Successful applicants will train to drive a Challenge 2 as part of their training.

As part of the army’s front-line team, infantry soldiers and officers are involved in everything from peacekeeping and disaster relief to full-scale war.

Last weeks campaign saw army vehicles and a climbing wall stationed on Church St and Williamson Square in Liverpool city centre for anyone interested in learning more about military careers.

A career in the Army offers an annual salary of £31,232 after training as an Officer – which is available to applicants who have completed their A Levels as direct entry or as graduates.

Soldiers can expect to earn £18,488 after training.

Speaking before the event, Guardsman Phillip Clements, said: “I would recommend a career in the Army to anyone who is looking to gain valuable and transferrable life skills and trades. I have had lots of new experiences such as adventure training abroad and met lifelong friends that I have a real bond with.”

Liverpool’s Senior Careers Advisor, William Busby also said: “We have had many great soldiers who have come from Liverpool and have gone on to do amazing things with the Army, and this week we are bringing them back to their home city to reflect on their experiences and inform locals on why a career in the Army was the best decision for them.

“Over the course of the week local people will have the chance to chat to soldiers on what they have been getting involved in and also find out further information on joining the Army and the options available to them.”