Official figures show that unemployment has remained at 4.3%, the lowest rate since 1975 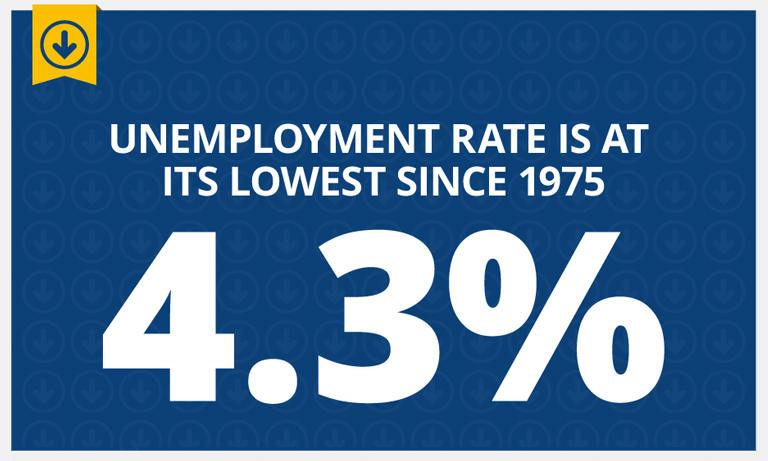 The figures released by the Office for National Statistics, also show that employment remains at a near record high, with 32 million people in work.

Increases in full-time and permanent work are behind the figures. In the last year the number of people on zero hours contracts has fallen by 20,000.

“The strength of the economy is driving an increase in full-time, permanent jobs and a near-record number of people are now in work thanks to the government’s welfare reforms.

“When unemployment fell to 5% early last year, many people thought it couldn’t get much lower, and yet it now stands at 4.3%.

“Everyone should be given the opportunity to find work and enjoy the stability of a regular pay packet. We’ve cut income tax for 30 million people since 2010, meaning people keep more of their money each month.”

Separate figures out show there are 630,000 people on Universal Credit, with 40% in employment.